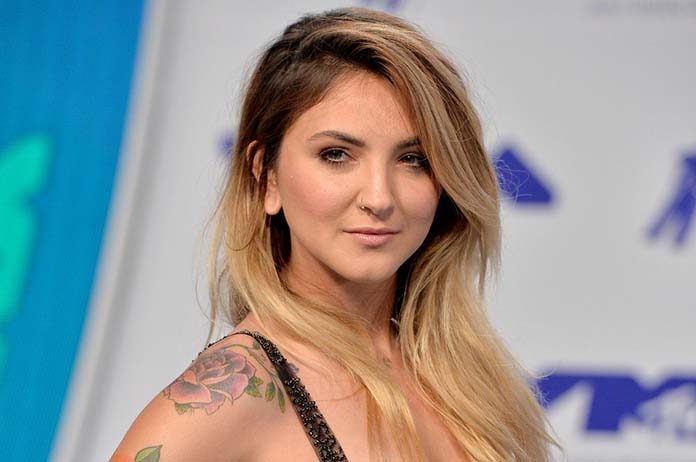 Julia Michaels is certainly not letting online trolls stop her when it comes to her photos.

The singer-songwriter, who has long been an advocate for the body positivity movement, has warned the trolls not to make comments about her appearance in her latest Instagram post, where she proudly showed off her armpit hair.

In the photo, Julia is wearing a white top with thin spaghetti straps, with the hair clearly on display. And in the accompanying caption, she has very clearly stated she does not care what others think about her choice to show off her natural body hair.

“People are always going to have something to say about you or your body,” the caption reads.

“They will always try to attack you when you’re feeling the most happy or the most yourself you’ve ever been. To that I say go eat a bag of worms. Thanks for listening and have a good day.”

This isn’t the first time that Julia has shown off her hair either, having done so when she stepped out in a strapless black Georges Chakra Couture gown at the Grammy Awards in March, as well as in the music video for her single, Lie Like This.

Would you like to show your support for Julia Michaels and her body positive message? Do so in a comment below.