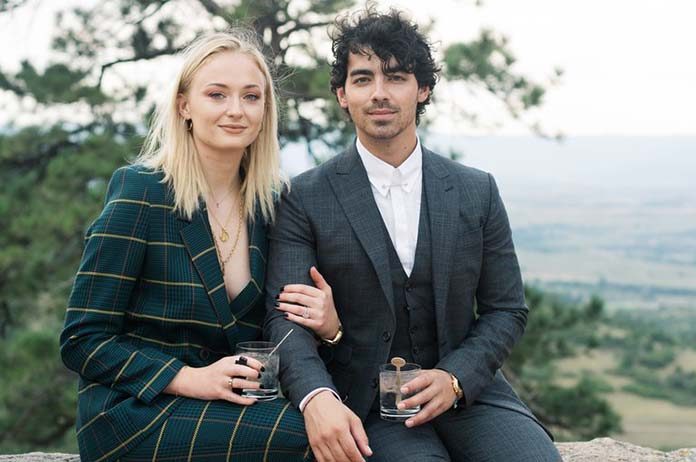 Joe Jonas had to grovel with his parents for their forgiveness after failing to invite them to his Las Vegas wedding to Sophie Turner.

The Sucker hitmaker tied the knot with the Game of Thrones actress in a surprise ceremony on May 1, shortly after attending the Billboard Music Awards in Sin City.

Joe was joined by his brothers and bandmates Kevin and Nick, as well as celebrity guests like DJ Diplo, who decided to livestream the impromptu nuptials, which were officiated by an Elvis Presley impersonator, on Instagram.

Two people noticeably absent from the wedding party were the groom’s parents, Kevin Sr. and Denise, who were less than pleased when they read all about the ceremony on the Internet.

“They did find out online,” Joe confessed on SiriusXM’s Hits1.

Joe and Sophie had already been planning to become husband and wife in a formal ceremony in France this summer, and the singer recently insisted the Vegas nuptials were simply to legalise the union in the U.S.

However, the matter was made all the more awkward for his parents as they initially heard the news from staff members at their North Carolina restaurant.

“I think a couple of their staff walked up and were, like, ‘Congratulations! I saw the news.’ And then they had to find out,” Joe said.

And the 29-year-old has been trying to make it up to his parents ever since.

“So I was doing a lot of apologising and ‘Hey, you guys want to come out to L.A.? I got you four spas treatments at the Four Seasons,'” he shared.

Do you think Joe was wrong to not let his parents know? Let us know by commenting below.