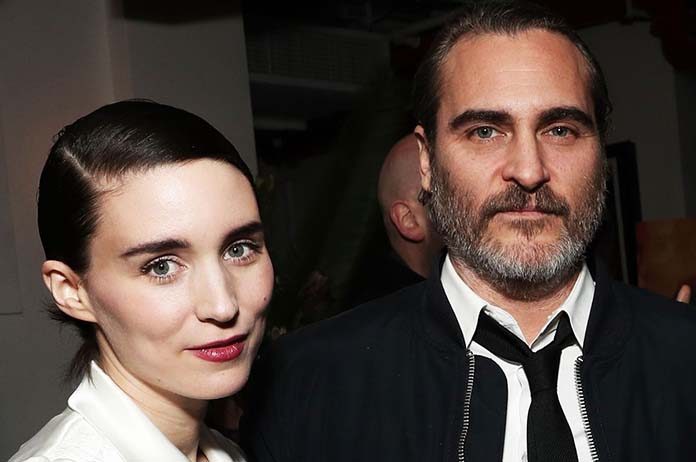 Oscar winner for The Joker, Joaquin Phoenix and his fiancé Rooney Mara have welcomed their first child, a little baby boy, who they have named River after Joaquin’s late brother, River Phoenix.

Beloved actor River Phoenix passed away in 1993, and director of the new film Gunda, Victor Kossakovsky announced the news at the 2020 Zürich film Festival after the screening of the new black-and-white film, in which Joaquin Phoenix produced.

When Victor was asked about Joaquin’s involvement in the film he said, “He just got a baby by the way… A beautiful son called River.”

River Phoenix was known for roles in movies such as Stand By Me and My Own Private Idaho. He died of an accidental drug overdose in 1993 at the age of 23. On a recent appearance on 60 Minutes with Anderson Cooper, Joaquin reflected on his relationship with his brother and how all the media coverage after his death really affected his family.

“River was a really substantial actor and movie star, and we really didn’t know it. So during that time in which you’re most vulnerable, there are helicopters flying over. There are people that are trying to sneak onto your land. Certainly, for me, it felt like it impeded on the mourning process.”