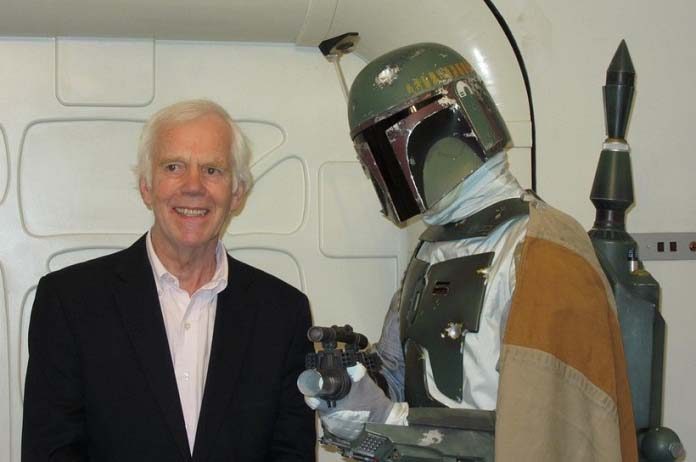 More sad news for Star Wars fans with the news that Jeremy Bulloch, who played Boba Fett in the original trilogy, has died at the age of 76.

He was with Maureen, his wife of more than 50 years, and Jamie and Robbie, two of his sons, as he passed.

Bulloch is most well-known for his portrayal of bounty hunter Boba Fett in The Empire Strikes Back and Return of the Jedi.

Despite only having a minor role in the films, Boba continues to remain a popular figure among Star Wars fans.

In recent years, the role has been played by New Zealand actor Temuera Morrison in the Disney+ series The Mandalorian, and Daniel Logan in the Star Wars prequel trilogy.

Morrison would be most familiar with the character, having portrayed Boba’s father Jango Fett, bounty hunter and the source of the clone troopers, in Episode II: The Clone Wars.

While Bulloch was inside the suit in the original trilogy, the voice of Boba Fett was provided by Jason Wingreen, who died in 2015.

In order to keep continuity with the prequel films, Wingreen’s voice was dubbed over in remastered versions of the films with that of Morrison’s.

Send your condolences to Bulloch’s family and friends by commenting below.