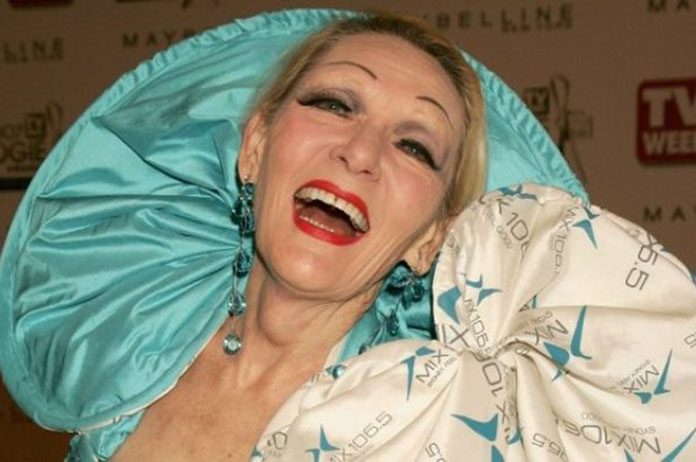 Beloved Aussie icon Jeanne Little has sadly passed away at the age of 82. Lisa Wilkinson has been paying tribute to her late friend.

Lisa had this to say about Jeanne on The Sunday Project.
“She was such a sweetheart. She was a gorgeous woman. She was gracious. She was kind to somebody who was brand new to television. She was best known as being able to take a whole stack of green garbage bags and turn them into amazing fashion.”

Lisa had worked with Jeanne on the panel show Beauty and the Beast in the 1990s. She mentioned that Jeanne’s personality never changed on and off camera adding that, “That was one of the many things we loved about her.”

Jeanne’s death was announced by her daughter Katie on Facebook last Saturday night.

“This is a huge shock – but I’m so grateful. Love you all my friends,” she posted.

Jeanne’s first TV debut was on the Mike Walsh Show in 1974, and just two years after that, she won the Gold Logie for ‘Most Popular Television Personality.’ She had starring roles on stage and the small screen after that, and in the 1990s, she had become a regular panel member on Beauty and the Beastwhere she was easily recognised due to her funny personality and ‘out-there’ costumes.

Sadly, she was diagnosed with rapid-onset Alzheimer’s disease in 2009, which became publicly known two years later when her family had to explain her disappearance from the public eye. She was being properly taken care of at the same nursing home as her late husband Barry, situated in Sydney.

Jeanne’s daughter Katie spoke about her mother’s struggles in a 2015 interview with Studio 10.

“She’s not the same person that she was, but she’s still my mother, so it’s difficult. The only blessing with Alzheimer’s is that she doesn’t know what she’s going through because it’s just so horrible.”

Katie also mentioned when she noticed that her mother wasn’t entirely herself anymore. When she couldn’t remember her Aussie entertainment friend’s names.

“It was so sad because I borrowed mum’s lovely silver clutch purse and inside there was a little piece of paper with a couple of names written in mum’s handwriting and I realised when mum was running off to the other room it was because she couldn’t remember people’s names and these were really dear close friends … it’s tragic looking back on things like that.”

Send your condolences to Little’s family and friends by commenting below.