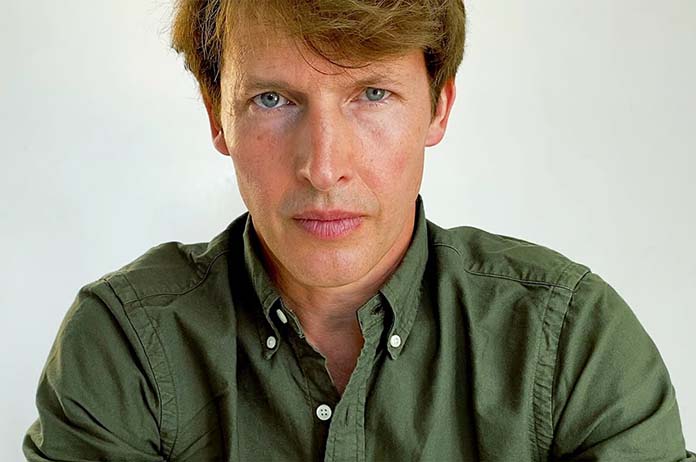 English babe James Blunt will release his Greatest Hits collection in November this year and is planning a world tour to celebrate.

The You’re Beautiful singer originally planned for a tongue-in-cheek title for the album before his record label politely shut him down.

“I wanted to call it ‘Greatest Hit (& Songs I Wish You’d Heard)’, but the good people at Atlantic Records suggested I call it something more sensible, so it’s called The Stars Beneath My Feet.

“If you’d ever wished that James Blunt had only ever released one album – this is that album.

“To celebrate its release, I’ll be heading out to tour the world all next year. I can’t wait to see you then.”

The album will span the 47-year-old’s career from 2004 to 2021, including four new tracks –Love Under Pressure, Unstoppable, Adrenaline, and I Came For Love – and four live performances from around the world.

Blunt will kick off his tour in the UK next year, starting the run at the Brighton Centre on February 3, before moving onto dates in Manchester, London, Cardiff, Hull and Birmingham.

He’ll continue to Leeds on February 11, then to Nottingham’s Motorpoint Arena the next day and finish in Glasgow on February 13.

The star will also play rescheduled dates later in the year after the pandemic disrupted his last tour and caused the industry to be put on hold, but Blunt suggested it allowed him to take some much-needed time away from music.

Blunt, who shares two sons with wife Sofia Wellesley, said spending some more time at home was a good thing.

“I was supposed to be on tour for a year and I was sent home. And, you know, for me that was probably a very good thing because I haven’t spent time at home with my family, ever.

“I’ve been promising that I would take a year off from music at some stage, but I was lying, probably.

“And so, this is very good – to spend time at home, do things that adults do, and family people do and so perhaps it has been a blessing in disguise for me.”