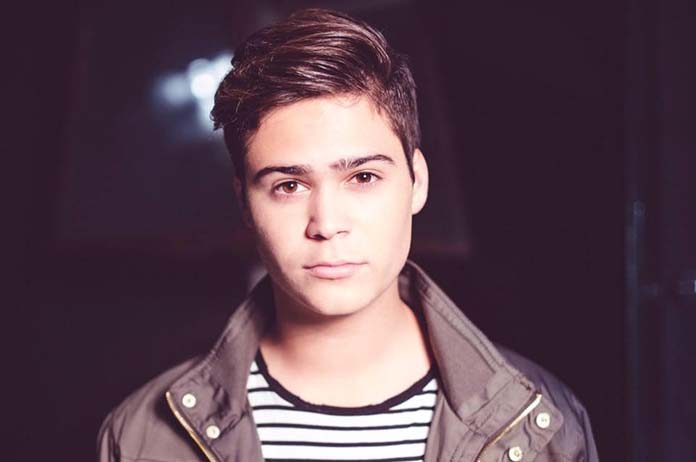 Delgado was a member of the three-piece band In Stereo who became a duo in December last year and then announced that they were splitting up earlier this year.

“I have been working on my own music for some time now and have fallen deeply in love with it. I am hoping that when I release this music to the world, that you will also fall in love with it,” he said in a post about Instereo’s split.

The 17-year-old made his solo debut on August 3 with Hopelessly, a song about falling in love.

In an Instagram livestream on the night of the release, he talked about working on his music here in Sydney and in Los Angeles and what he hoped to achieve.

“I made a promise to myself when I started to write my own stuff that I would create some stuff that would be real and that would bring people into my life to see who I am as an individual and to understand what I’m going through,” he said.

“After January, I planned a trip with my manager Alex Reid and got on a plane with two weeks notice to Los Angeles where I worked with some amazing producers and amazing songwriters who I definitely learnt a lot from and I’m so grateful to have the opportunity to go there and just learn and to, you know pick the minds of people who I look up to and have worked with people who I look up to.”

The song and music video, which was also released on the same day, showcases a more mature side of him.

Hopelessly has been well-received. The music video has already over 15,000 views on YouTube.