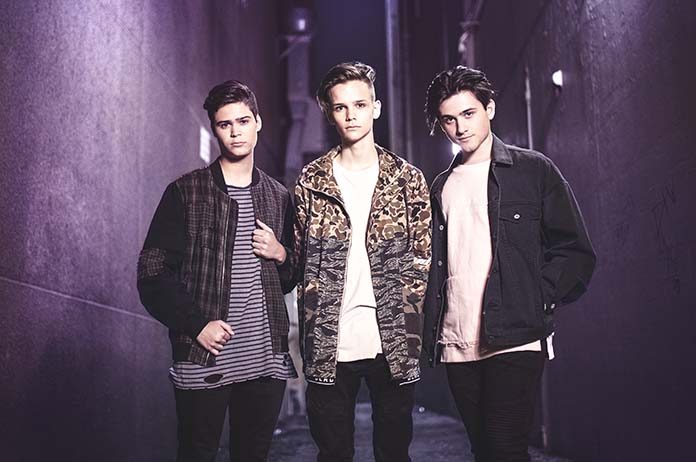 Rave It Up recently had a chat to 2015 X-Factor Australia contestants In Stereo about their brand new EP Day In, Day Out.

Hey Jakob, Ethan and Chris. Since this is your first time on Rave It Up, we’d love to get to know you a little bit better. You guys finished 8th on the X-Factor in 2015. How was your overall experience on that show?

X-Factor was a brilliant platform that really helped us gain an audience and the push we needed to get started sharing music with the world.

How was it having the amazing Guy Sebastian as your mentor?

Guy was really great to work with, a really talented dude who gave us lots of tips to help us out. He’s a legend!

Do you still keep in contact with him and keep him updated with your success after the show?

We’ve been in touch a little bit. We did some songwriting with him in his studio after the show and he’s congratulated us on releases.

Were you all friends before forming the band? How did you meet?

Music drew us together and that’s how we became friends. We all had our own thing going on and decided it would be awesome to form a band. The band really helped us tighten our friendship.

How did you come up with the name In Stereo?

It was originally a lyric of a song that we were writing and since we were nameless for a couple of months, we thought it was a good enough name and it stuck.

Throughout your career, what have you found the hardest thing about the industry?

Proving yourself and showing what you’re all about to people you look up to.

Have you had any problems with haters or bullying?

Most people are pretty respectful to us and supportive of what we do, which we are really grateful for. We try to ignore and block out any haters.

Your new EP Day In, Day Out is now out for everyone to check out and it’s so catchy. What is your favourite song off the EP? Which one should everyone check out first?

The three of us all have our favourites from the record. We recommend that people listen to the EP in order, track-by-track! It sort of tells a story throughout as each song plays.

All of the tracks are extremely relatable. Are all the songs written based on your own personal experiences?

We wrote/co-wrote all of the songs on this EP so they are very personal to us. We use our own experiences as inspiration to create songs that others can relate to their experiences.

Did you find it difficult to come up with song ideas?

We’ve written heaps of songs now so we are getting used to the whole process, making it a bit quicker to come up with ideas. We often collect ideas individually and then bounce them off each other in a songwriting session. 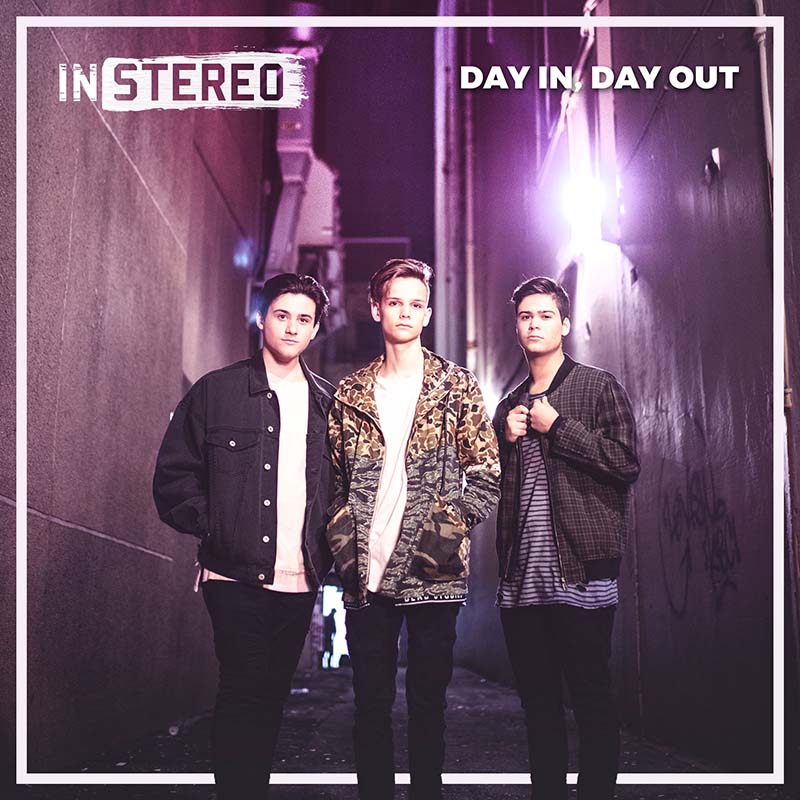 We’ve also noticed that the EP is not named after one of the featured tracks, so where did the name Day In, Day Out come from?

The ‘Day In, Day Out’ thing is actually a lyric from the track Let Me Show You on the EP. The reason we chose this one was because it represents how much time we spent on the project, working literally day in and day out to make sure it was the best we could make it.

To celebrate this EP release, you guys will be touring across the country later this year.  For the readers who want to come along, what can they expect from your shows?

The shows are going to be bigger and better than anything we’ve done before. We’re constantly developing our music and performances. For any readers who want to come along, you can expect a REALLY FUN TIME!

When can we expect the tour dates to be announced?

We did an EP Launch Show in Sydney which was amazing and we will be performing at Teen Vibes in Sydney on July 29th, and at Teen Vibes Melbourne in September. We’re planning to add a couple more EP shows in the coming months, so that’s exciting!

Even though you guys have already achieved so much, what else can we expect from you in the future?

Our main goal is to always be the best we can be, so you can always expect bigger and better things from us. We want to keep expanding and developing our songwriting abilities and grow our connection with our audience.

What advice would you give to the readers who want to follow their dreams of becoming a singer?

As cliché as it may sound, it’s true – Be yourself and believe in what you do. Take on criticism constructively but don’t let anyone bring you down. The only person that can ever truly stop you from doing something you believe in is yourself.

If the listeners would like to contact you or find out what you are up to, where should they go?

Thank you so much for having a chat to us today guys.