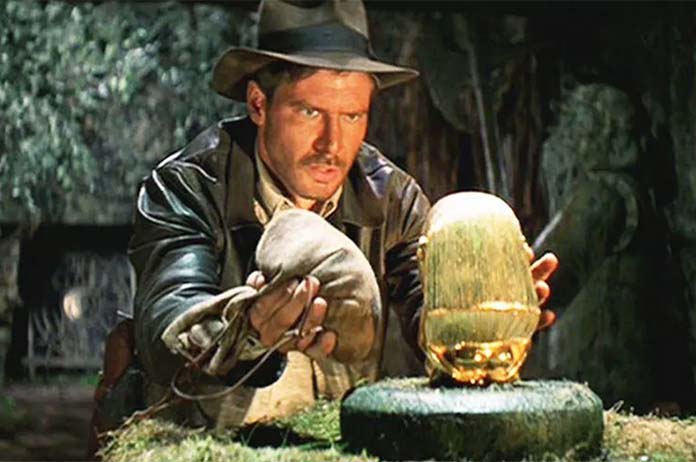 Harrison Ford has played the iconic character, Indiana Jones, across four films between 1981 to 2008. The character graced cinema screens in 1981 with Raiders of the Lost Ark and was met with universal critical acclaim, spawning two sequels, Indian Jones and the Temple of Doom and Indiana Jones and the Last Crusade.

Like most movie franchises, not everyone is happy with every movie in the series and the Indiana Jones franchise is no exception. Indiana Jones and the Kingdom of the Crystal Skull being the one film in the series to truly divide audiences, winning countless ‘best of’ and ‘worst of’ awards following its release in 2008.

Nevertheless, the franchise is worth billions of dollars, and a fifth film is expected to be released in 2022, with many reports suggesting that this will be the final time, Harrison Ford, will put on his fedora and crack his iconic whip.

The 79-year-old will be 80 by the time the new Indiana Jones film is released in cinemas, so the rumours that Ford will be walking away from the role were not a real surprise for fans of the films.

However, there is the matter of who will continue the legacy of Indy. There are currently reports circulating that Fords co-star for the fifth Indy film, Phoebe Waller Bridge, will take the reins of the iconic character.

Bridge is a three-time Emmy Award winner, known for the critically acclaimed comedy series, Fleabag, which she created, wrote, produced, and stared in. The pedigree that Bridge would bring to the Indiana Jones series could potentially spark new life into the action-adventure franchise.

Bridge is no newcomer to the action genre either, co-writing the screenplay for the upcoming James Bond film, No Time to Die.

Phoebe Waller Bridge’s role in the new Indiana Jones film is yet to be announced, however, Kathleen Kennedy, one of the producers added fuel to the rumour fire by stating that she was looking to make big changes within the franchise, after rumours of Ford leaving the franchise began to circulate.

The fifth Indiana Jones film is expected to be released on July 29 of 2022, however COVID-19 could impact the production schedule in a similar fashion to Mission Impossible and No Time to Die.

Are you excited if Phoebe Waller Bridge becomes the lead of future Indiana Jones films? Let us know in the comments below.