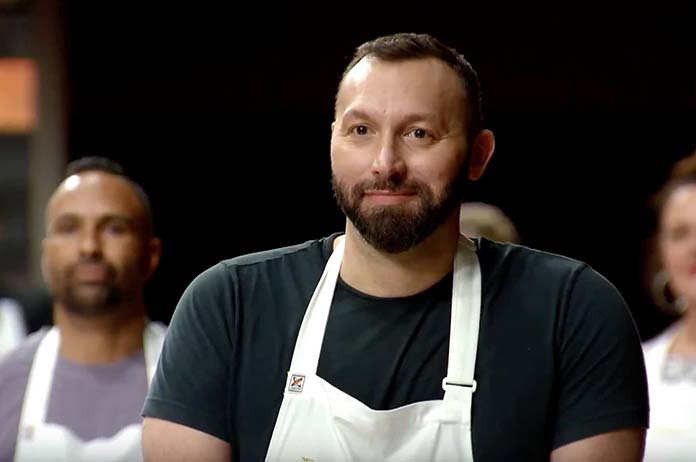 Ian Thorpe’s cookbook past has been exposed on Celebrity Masterchef on Channel Ten.

The sporting legend suffered an embarrassing moment during the season premiere on Sunday night when the truth about his skills in the kitchen were exposed.

When he lined up with the other contestants in the premiere, he looked embarrassed when judge Jock Zonfrillo reveals that he has published a cookbook.

This prompted an immediate reaction from the contestants including former Offspring actor Matt Le Nevez, who signals a “time out” to the cameras, demanding to talk to the producers as a joke.

It makes Thrope one of the most qualified celebs competing this season but may face tough competition from Tilly Ramsay, the daughter of celebrity chef Gordon Ramsay.