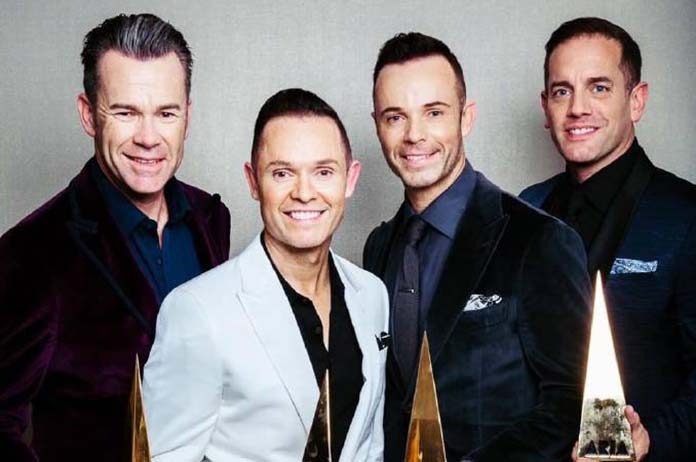 Get ready! Human Nature will soon be here in Australia doing their thing!

Member of the band, Michael Tierney, has been stuck in quarantine in Sydney, and will be released shortly.

He has said it “wasn’t the first time” he’d been stuck in quarantine since COVID started.

“It’s my second time round and it’s actually gone a lot quicker this time.”

His band, Human Nature, have made their success around the world, first dominating the Las Vegas Strip for over a decade, having been in residency at The Venetian Resort, just before COVID hit.

They were able to come home last year though, while everything was shut down.

But now they’re planning rehearsals for their forthcoming Aussie tour. This tour is called People Get Ready – the AAA Australian Regional Tour.

The AAA in their tour title stands for Acoustics, Audience and Anthems, and will offer their original songs as well as Motown classic hits, and will all be performed through acoustic vocals.

The band are extremely excited to get back on the road, and to visit Aussie places they’ve never been before.

“They will be intimate shows and a really nice way to tour. We’re so used to doing shows with all of the bells and whistles. It will be really nice to do something more stripped back.”

Forming while in high school, Michael, his brother Andrew, Toby Allen and Phil Burton signed with Sony Music under the name Human Nature. Their debut album was then released in 1996, titled Telling Everybody.

They’ve been lucky enough to open for Michael Jackson on his HIStory World Tour, which happened in the same year.

“It was literally our first tour and it took us all around the world to massive stadiums in Europe. It was non-stop, playing enormous venues. We performed in Germany where 110,000 people had come to that show. We got a lot of experience in performing and seeing how those tours worked. It was a baptism by fire!”

Since then, they have sold well over 2.5 million albums.

Back in 2019, every member of the band was awarded the Medal of the Order of Australia and were inducted into the ARIA Hall of Fame.

Their new single Nobody Just Like You was released last year and comes from their upcoming Good Good Life EP.

Their Tour Dates are below: