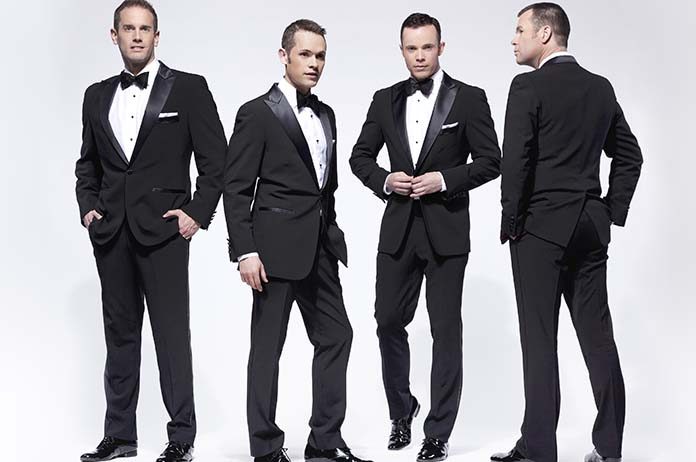 Human Nature, Australian pop icons and now ARIA Hall of Fame inductees, have announced they are coming home this year for a string of shows in July and August.

They are celebrating a huge want for their return to the stage as well as their 2019 ARIA Hall of Fame Induction. They’ve called the tour The Good Good Life Tour and will see to it music from all-across their widely popular three-decade career be played.

The tour starts in Adelaide on Tuesday, July 21. Band members Toby Allen, Phil Burton and brothers Andrew and Michael Tierney will also play shows in Perth, Brisbane, Wollongong, Sydney, Newcastle and Canberra before finishing up in Melbourne on Friday, August 7.

“This tour is probably one of the most exciting for us in a long time – all of our tours are fun for various reasons but this is the first time in over fifteen years that we are bringing brand new songs to the show that we’ve never performed before,” Phil Burton said.

“It’s a huge moment for us and one that we’re so excited to share with all of our amazing fans who’ve been so keen to hear new music from us. We can’t wait!”

Toby Allen stated, “Even though we have had various original songs on our albums over the last number of years, it is exciting to be bringing fresh energy to our upcoming tour with our new music.

“I know our fans have been desperate for some original HN tunes for a while now, so we can’t wait to hit the stage and perform them all, including our first single Nobody Just Like You.”

Last year was major for the band, not only seeing themselves inducted into the ARIA Hall of Fame, but they also celebrated 30 years as a band, and reached a massive 2,000 shows played as Las Vegas residency headliners.

They were also awarded the Medal of the Order of Australia (OAM), one of Australia’s highest honours, for their “service to the performing arts and entertainment field.”

Ticket and venue pre-sale will start Tuesday, February 11 at 10am, and general admission will go on sale from 10am on Thursday, February 13 at http://www.humannaturelive.com/