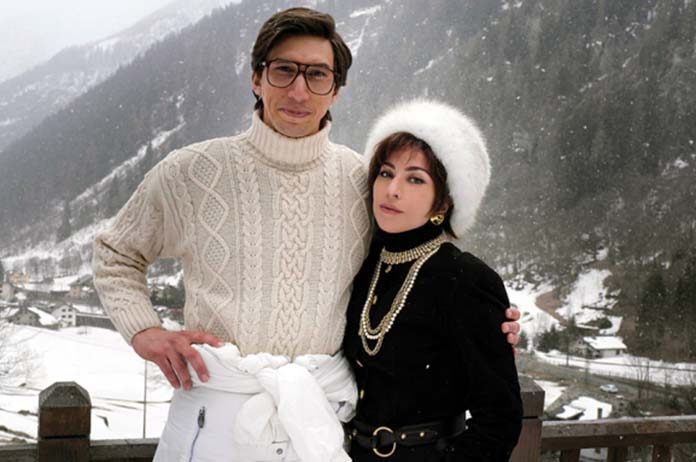 If you thought the uproar over the upcoming biopic House of Gucci was over, then think again!

Members of the Gucci family have now spoken of their displeasure with the film, starring Adam Driver and Lady Gaga.

In a statement made to The Associated Press, Gucci heir Patrizia Gucci voiced displeasure over several matters pertaining to how House of Gucci is telling this particularly sensitive story.

Patrizia, who is the cousin of murdered one-time company head Maurizio Gucci (played by Driver), has made it clear she has several issues with the film. Her complaints include the casting of Jared Leto and Al Pacino in roles as key family members Aldo and Paolo Gucci, and that she equates production of the film itself with identity theft and invasion of privacy.

Even more interesting is that Patrizia Gucci has claimed to have contacted director Ridley Scott’s wife, Giannina Facio.

The purpose of that contact was to seek “clarification on the scope of the film.” That request went unanswered, leading to this current climate of discomfort between the heirs to the famed fashion house and Scott’s ongoing production.

These complaints come not long after Patrizia Reggiani, ex-wife of Maurizio, spoke about her disliking the choice of actor for her part.

Reggiani, who was found guilty of hiring a hitman to kill her ex-husband, said she was annoyed that she was not consulted about Lady Gaga being chosen to portray her.

The film is based on 2001 biographical book The House of Gucci: A Sensational Story of Murder, Madness, Glamour, and Greed by Sara Gay Forden, and tells the story of Reggiani’s plot to kill Maurizio. It is scheduled for release on November 24, 2021.

What do you think of this drama surrounding the film House of Gucci? Let us know by commenting below.