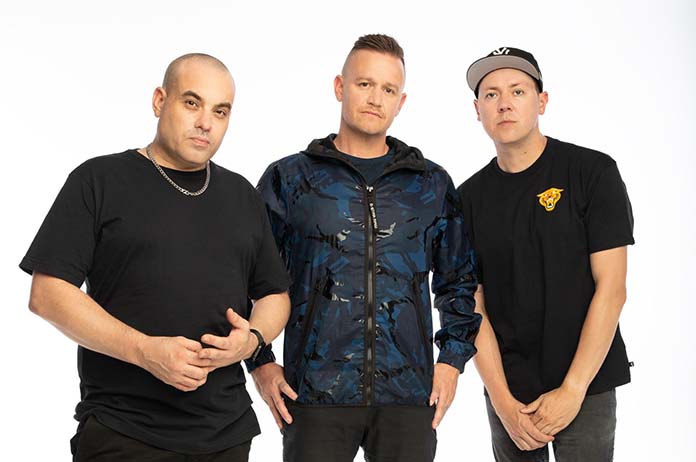 The group will be performing in Brisbane, Sydney and Perth and sold out shows in Melbourne and Adelaide.

They have also added a new show on Saturday August 20 at MyState Bank Arena in Hobart. Tickets for this show are on sale now.

“We can’t wait to bring the Show Business Tour to Tasmania. It’s one of our favourite places in the world to play,” the band said.

This will be the multi-platinum selling and award-winning band’s first headline tour in three years.

Fans can look forward to hearing classic hits such as Leave Me Lonely, exit sign (feat. Lily and Ecca Vandal), 1995 (feat. Montaigne and Tom Thum, The Nosebleed Section, Cosby Sweater and Chase That Feeling, along with their latest single, Show Business (feat. Eamon).

Show Business is their first song from a new album since 2018.

Hilltop Hoods will be joined on their national tour by A.B Original, who will perform a taste of new music among classic tracks from their iconic debut album Reclaim Australia.

Remaining tickets for Sydney, Brisbane and Perth are on sale now.