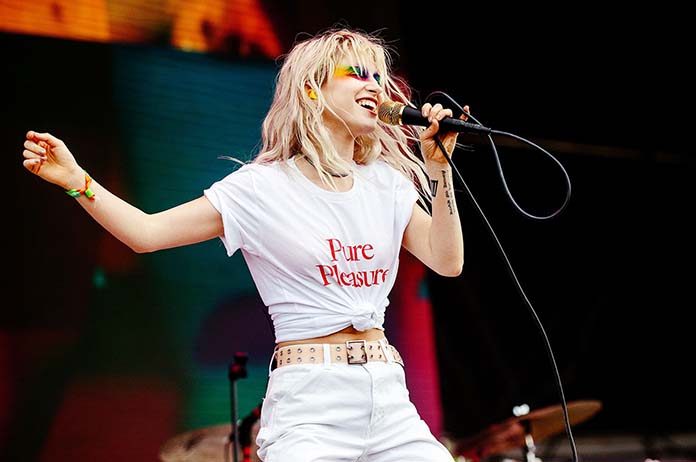 Do you remember the band Paramore? Released many hit songs during the early 2000s? Well, lead singer Hayley Williams has released a new song called Find Me Here and it’s featured on her EP Petals For Armor: Self-Serenades.

The EP is three-songs long and also includes the acoustic versions of two of the songs from her debut solo album, which was released earlier this year, in May.

The album is called Petals For Armor and including the songs Simmer and Why We Ever.

Williams has described her song Find Me Here as “an important lesson in loving someone.”

“I spent this year at home like everyone. I hadn’t spent that much time at home alone with my guitar since I was a teen before Paramore hit the road. Once I realised I’d likely not be performing any of my new songs live for a while I guess it just felt right to play them for myself and re-imagine them, just a little bit lonelier. It wasn’t long before I started writing new songs again and one of the demos I made seemed fitting for this little EP.

“Find Me Here is the feeling of surrendering your loved ones to their own, personal struggles; letting them take their time and come to their own rescue. It’s a hard version of love to learn but it is an important lesson in loving someone well.”

2020 has been a massive year for the superstar as her band Paramore also hinted at new music on Twitter.

On The Tonight Show, Jimmy Fallon joked that there would be a new Paramore album, and the band responded, asking him to “not awaken their stans ‘just yet.’”