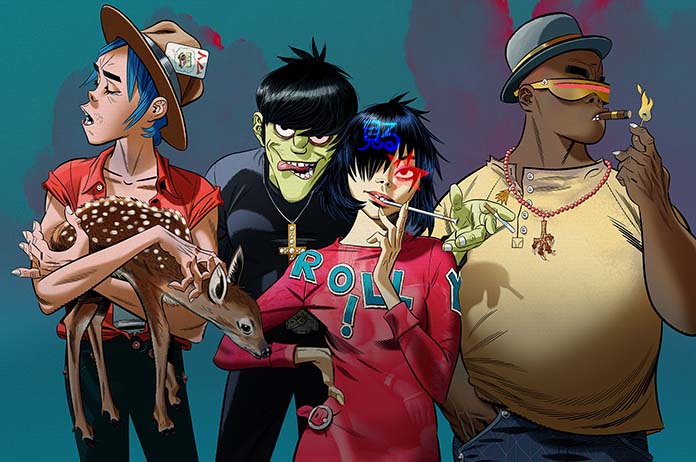 Since 2001, the animated alternative rock/electronic band Gorillaz, have entertained the world with their unique sound and futuristic aesthetics. The band have transcended their gimmick roots as animated musicians and have garnered critical and commercial success the world over through genre defining albums such as Gorillaz and Demon Days, as well as hit singles, Feel Good Inc., Dirty Harry and Clint Eastwood.

The group have ventured off on five world tours. The most recent was of course, The Now Now Tour, which was in support of their sixth studio album, The Now Now.

In 2022, the virtual band is set to co-headline, Splendour in the Grass, alongside the likes of Tyler, The Creator and The Strokes.

Fans who will not be lucky enough to attend Splendour from July 22-24 next year, will have the opportunity to witness the animated icons in all their glory in a standalone tour.

The Gorillaz, in conjunction with touring company Secret Sounds, have announced two shows for Sydney and Melbourne.

The shows will take place after the group’s performance at Splendour in the Grass, with Melbourne being graced with the group’s presence on July 24, 2022 and Sydney on July 26, 2022.

There is still no news of extra shows or additional cities added to the groups Australian tour schedule, however, for the two shows announced, tickets will go on sale on October 6, 2021 at 9am local time.

Are you excited for Gorillaz to tour Australia? Let us know in the comments below.