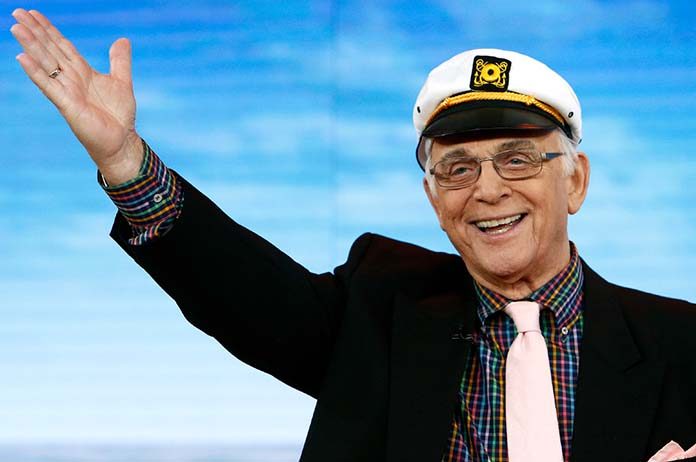 Get the tissues ready TV fans. Veteran actor Gavin MacLeod, who starred as Captain Merrill Stubing on The Love Boat, died on Saturday at the age of 90.

No cause of death has been given as of yet.

Before MacLeod took the helm of the Love Boat, he had a small part in McHale’s Navy, and then scored his first major role as news writer Murray Slaughter, one of the central characters in the WGN newsroom of The Mary Tyler Moore Show.

MacLeod starred in every episode of the classic show’s 1970-1977 run, for a total of 168 episodes. He originally auditioned for the role of Lou Grant, which eventually went to Ed Anser.

“Gavin was my brother, my partner in crime (and food) and my comic conspirator.”

Asner threw a shoutout to fellow cast member Betty White in his Tweet. White and Asner are the only two living cast members from the show.

“I will see you in a bit Gavin,” the Tweet continued.

“Tell the gang I will see them in a bit. Betty! It’s just you and me now.”

MacLeod also auditioned for the role of Archie Bunker in All in the Family, but immediately disliked the role. Speaking about the character in his memoirs, he wrote: “Immediately I thought, this is not the script for me. The character is too much of a bigot. I can’t say these things.”

MacLeod set sail on the Love Boat after his run on Mary Tyler Moore ended. The show sailed for 10 highly successful seasons, and had a large number of television and entertainment stars in guest roles.

He is survived by his twice-married wife, Patti Kendig, and his four children (two sons and two daughters) from his first marriage to Joan Devore.

Send your condolences to MacLeod’s family and friends by commenting below.