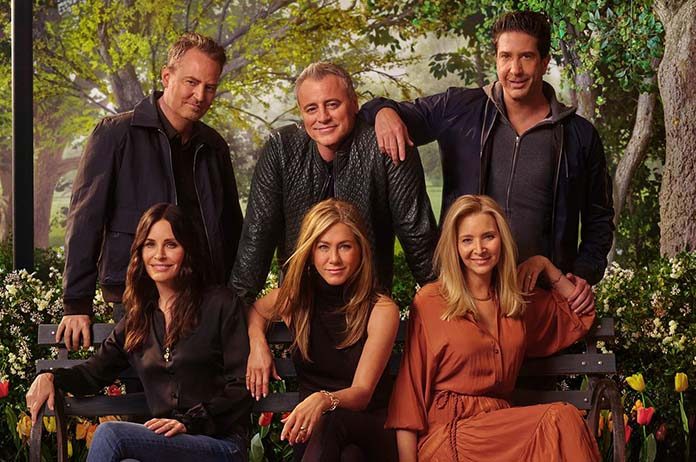 If you don’t know the show Friends, you may be the only one in the world. This iconic series featured six incredible stars who later became a phenomenon.

With the reunion having just aired, many are wondering what it cost to convince the actors to agree to the long-awaited occasion.

Back in the early 2000s, the cast became iconic and for many reasons, one being the fact they negotiated the pay of $US1 million per episode they made. This made them the absolute highest paid TV actors ever.

It has been reported that the group came together again to negotiate massive salaries.

It was reported by The Wall Street Journal that they were offered the same amount they negotiated back in the 2000s, but the stars turned down the amount which resulted in even longer delays to the special, which had been considered since the end of the initial series.

The reunion was officially announced back in February 2020, and it was reported the stars would be gaining at least $US2.5 million each, just to come together and reminisce.

As well as that whopping amount, each cast member will also receive $US20 million each year in syndication payments!

At the beginning of the initial show, each cast member was paid $US22,500 per episode, and after the success of the show, the main six cast members were eventually able to negotiate to $US1 million an episode.

It was also reported that Jennifer Aniston and David Schwimmer agreed to a pay cut so each member could earn the same.

“We were the highest paid women in television,” Lisa Kudrow said.

“That afforded me so much freedom after the show ended. Not only did I get to be part of something that was so well written and so beloved and something that sustained interest all those years later, but it also gave me a lot of creative freedom so that I could pursue other things. It was very fulfilling for me.”

The reunion episode reached all expectations and surpassed them all over the world, setting new records for Binge.

This reunion has become the most-watched one-off event ever for the streaming provider.

The most interesting part was actually the reveal that David Schwimmer and Jennifer Aniston had a secret real-life romance as they were filming their on-screen one. This was kept hidden from their co-stars, astounding all viewers.

What are your thoughts on this? Have you watched the reunion too? Let us know in the comments below.