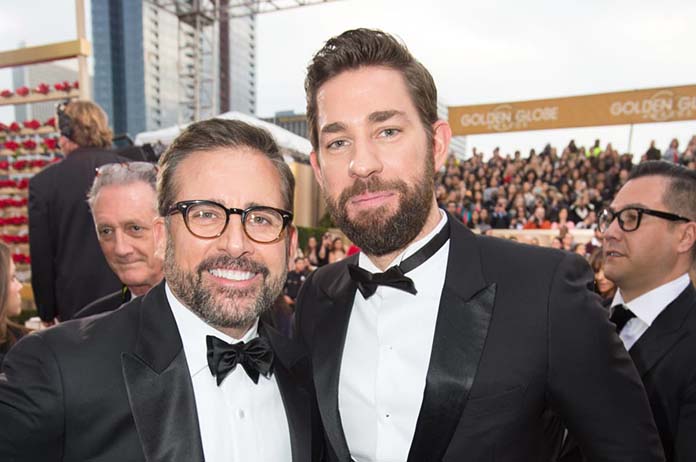 Steve Carell and John Krasinski made a name for themselves on US mockumentary sitcom, The Office. Carell played the goofball office manager and Krasinski played the salesman, who hates his job.

The pair will be joining forces once again for Paramount’s new family movie If, which will be written and directed by Krasinski himself.

Krasinski found critical acclaim for his work as a director & writer with A Quiet Place Part 1 and 2, so placing him in the directors chair with Steve Carell as his leading star could potentially be a recipe for cinema gold.

The cast consists of:

It is still not clear who any of these acclaimed actors will be playing in the film. The plot is also shrouded in mystery, however, Krasinski has stated that the film will be about a child’s journey to rediscover their imagination.

With very little known about the cast and plot, the film strangely enough does have a release date set by Paramount, with November 17, 2023 the proposed date at the time of writing.

The reunion of The Office alumni has opened up the possibility of other beloved characters from The Office starring in If, which does not seem too far fetched since Krasinski has full creative control as director, writer and executive producer.

Are you excited to see John Krasinski and Steve Carell on screen together again? Let us know in the comments below.