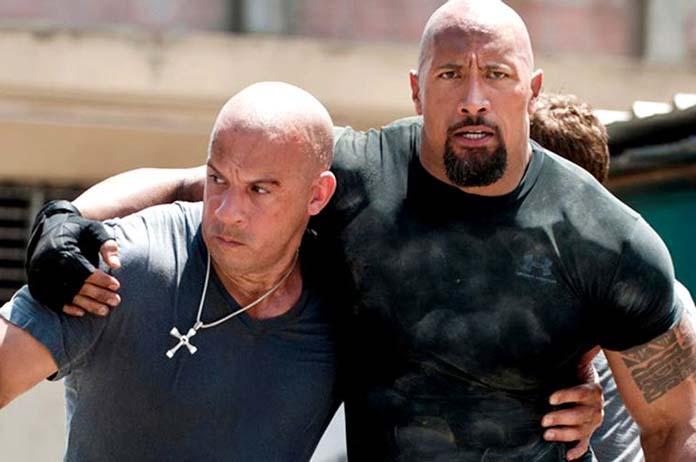 Vin Diesel pleaded with Dwayne ‘The Rock’ Johnson two months ago via Instagram, begging for the return of Johnson for the final ever Fast & Furious movies.

Since Fast & Furious, Johnson has moved onto countless franchises of his own, such as Hobbs & Shaw, Jumanji, and the upcoming DC Universe film, Black Adam.

Johnson awkwardly ousted Diesel in an interview with CNN, claiming that prior to Diesel’s social media plea, the pair had an official meeting with Universal Pictures in which Johnson told studio executives and Diesel himself that he was done with the franchise and had no intention of returning.

“I was very surprised by Vin’s recent post. This past June, when Vin and I actually connected not over social media, I told him directly – and privately – that I would not be returning to the franchise,” said Johnson.

Johnson also stated that he felt manipulated by Diesel’s public post, for bringing up the late Paul Walker and his own children.

“I didn’t like that he brought up his children in the post, as well as Paul Walker’s death. Leave them out of it. We had spoken months ago about this and came to a clear understanding.”

The franchise began in 2001 and has spawned a media franchise which consists of nine main films, one spin off franchise, two short film and a six-season kids show, which only concluded last month.

The tenth and final film is set to be a two-part finale, with Part One expected for release in May of 2023 and Part Two in February of 2024.

Justin Lin, who has directed five of the nine films, is expected to return to direct the final two films, which means he will have directed seven of the 11 films.

F9 generated a box office revenue of over $720 million, with the sequels expected to bring in similar box office numbers, if not higher.

Are you surprised Dwayne Johnson has not intention of returning to Fast & Furious 10? Let us know in the comments below.