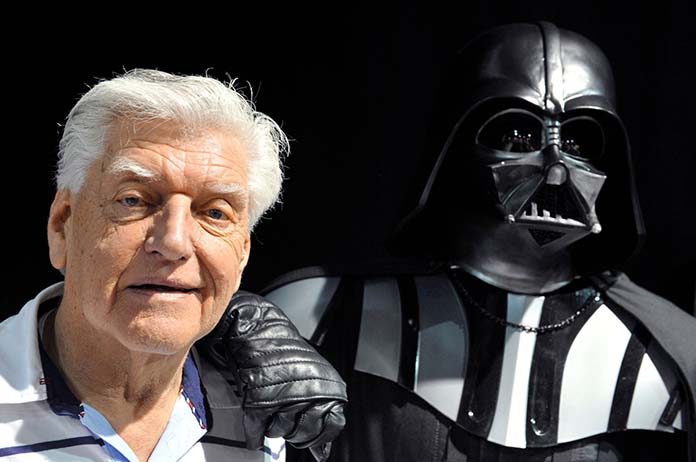 Standing nearly two metres tall, the man behind the iconic movie mask was a former bodybuilder. However, his voice, particularly his West Country accent, was not considered right for the ruthless Sith Lord, who was instead voiced by James Earl Jones.

Prowse’s death was announced by Bowington Management, his talent agency. The agency said that his passing was due to an illness.

“It’s with great regret and heart-wrenching sadness for us and millions of fans around the world, to announce that our client Dave Prowse MBE has passed away at the age of 85,” the agency said in a tweet.

As well as Luke Skywalker’s father, other roles Prowse was known for were small parts in Casino Royale, A Clockwork Orange and Jabberwocky, as well as British TV series Doctor Who.

He was also well-known as the Green Cross Code Man, a television personality who taught children about road safety.

Before going into acting, the former bodybuilder was a champion weightlifter, winning the British heavyweight weightlifting championship in 1962, ‘63 and ‘64. He also competed in the 1962 Commonwealth Games in Perth, representing England.

Fellow Star Wars actor Mark Hamill described Prowse as a kind man who was “much more than Darth Vader”.