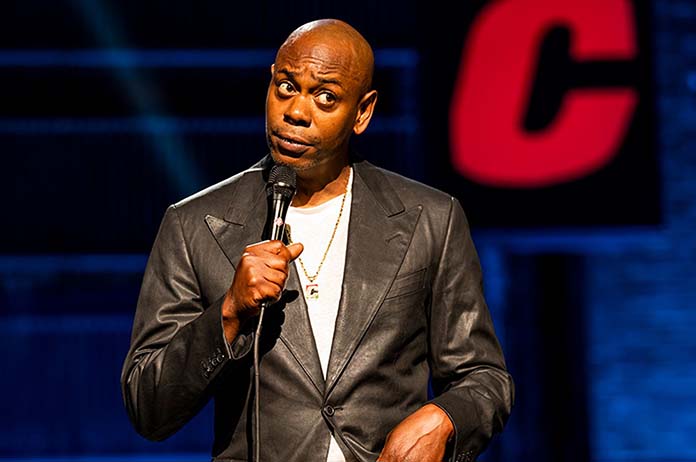 Dave Chappelle has long been considered a master of his craft of stand-up comedy, and even has the accolades to cement his success as a performer, being awarded five Prime Time Emmy Awards, three Grammy Awards and the Mark Twain Prize For Comedy.

Chappelle became a household name due to the success of his sketch comedy show, The Chappelle Show, and 11 stand-up specials which have earned him recognition amongst his peers and given him the title of greatest of all time.

However, it was his most recent special, The Closer, which was released on Netflix on October 5, that caused major controversy after Chappelle made countless offensive jokes aimed at the LGBTQI+ community

The jokes which caused controversy include Chappelle stating that following the rapper DaBaby’s comments earlier in the year about HIV/AIDS, that the Rockstar rapper, “punched the LGBTQI+ community right in the aids,” said Chappelle.

Chappelle also made a comment about being jealous of the gay community and did not in fact hate the community.

“We Blacks, we look at the gay community and we go … ‘Look how well that movement is going. Look how well you are doing. And we’ve been trapped in this predicament for hundreds of years. How … are you making that kind of progress?’ I can’t help but feel like if slaves had baby oil and booty shorts, we might have been free a hundred years sooner.”

Chappelle also sided with controversial author, J.K. Rowling, who claimed she was a TERF, with Chappelle adding that he was also Team TERF. The word stands for trans-exclusionary radical feminist — or simply put, that gender is a fact and not a spectrum.

Chappelle had a show in Nashville, USA this past weekend with his comedian friends, Jeff Ross, Donnell Rawlings, Tom Segura and Joe Rogan. Chappelle closed the show and finally took some time to address the controversy.

According to a fan in attendance, Chappelle opened the show by taking out a piece of paper claiming he had a statement for those who were offended by his jokes, with the paper reading, ”F*** y’all, n****s!”

Chappelle continued to joke that he was in so much trouble that even DaBaby would not answer his phone calls.

Chappelle made his conditions clear for the LGBTQI+ community who want to discuss his jokes with him. Firstly, they have to watch the special from start to finish. They have to watch it with him at a time and place of his choosing and thirdly, they must admit that Australian comedian Hannah Gadsby is not funny.

The show ended with Chappelle asking the audience whether or not he was cancelled after all the controversy. The sold-out crowd erupted, making it clear that the comedian has not lost his core fans in the face of controversy.

Were you shocked to see Dave Chappelle’s response to the LGBTQI+ community? Let us know in the comments below.