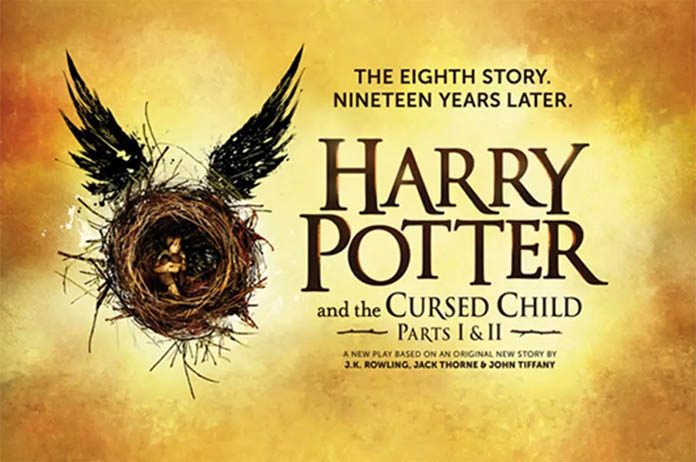 J.K. Rowling has recently returned to Twitter with a new ‘Cursed Child’ logo, hinting at something exciting in the works.

While most fans hoped this meant there was a ‘Cursed Child’ movie in the works, or perhaps another story, but that is not the case.

J.K. herself and her official Harry Potter site have tweeted clarifying they were promoting the new logo for the ‘Cursed Child’ broadway play and revealing that the play has hit Times Square in New York City.

“There is something exciting coming later on from @CursedChildNYC, but it’s not a movie…,” tweeted Pottermore.

This had fans disappointed as people outside of New York City would be unable to experience this without major costs involved.

“We were so hyped! We thought that something bigger than that was coming so we’re all a bit disappointed with the announcement (especially those who live far from any city with the play on stage!)”

“We expected so much, we were given so little 🙁 I little sad with the announcement Pottermore said we’d received”

Now this doesn’t mean that there isn’t going to be another story, or a movie in the works later on, but at the moment, J.K. and the Harry Potter verse are busy with the ‘so-called’ five movie installment of Fantastic Beasts and Where To Find Them.

Two of the five movies have already come out, Fantastic Beasts and Where To Find Them and Fantastic Beasts: The Crimes of Grindelwald. The third instalment is apparently filming, even though there was a delay due to the expectations from fans, to the point of which they were re-working the script in order to get it “just right.”

Dan Folger (who plays Jacob Kowalski in the instalments), has stated that the third movie had to be delayed because “it’s gigantic and bigger than the first two movies combined.” And J.K. still has to write the final two scripts.

There have been fans who are pleased there isn’t a ‘Cursed Child’ instalment at the moment due to controversy that arose with the broadway play.

But no matter what, all Harry Potter fans will stick by the decisions of their “queen” J.K. Rowling as she has changed their lives.

What do you think about J.K. Rowling’s tease? Let us know in the comment section below.