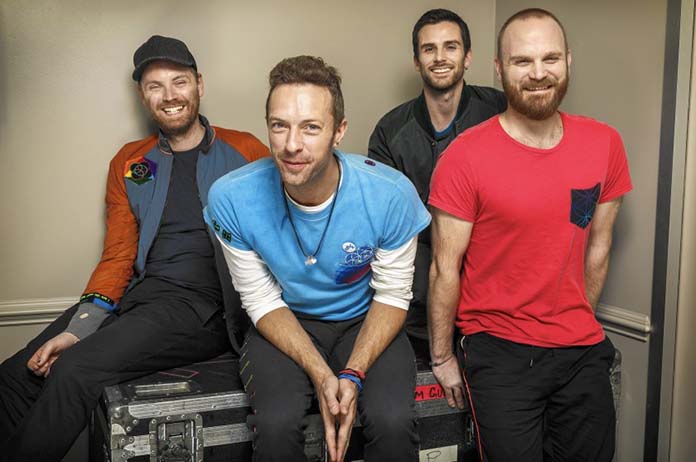 Coldplay have dominated the Brit-pop/alternative rock scene for over 20 years since the release of their debut studio album, Parachutes, which included the classic centrepiece of the album, Yellow.

In 2021, the band are still together and gearing up for the release of their ninth studio album, Music of the Spheres, which is slated for release on October 15, 2021.

The big news coming from the album is the collaboration with pop goddess, Selena Gomez, on the supposed ballad, Let Somebody Go, which is expected to be the third single released in accordance with the album.

Coldplay’s front man and lead vocalist, Chris Martin, has always been a fan of Gomez, and according to inside sources, the collaboration is a dream come true.

Chris Martin wrote the ballad with Gomez in mind, and the recording session took place in April of 2021.

The band is reportedly preparing for a special live performance, which will coincide with the release of the album, which could possibly see Gomez and Coldplay perform the song live.

Just last month the Viva La Vida hitmakers released their second single, My Universe, which was a collaboration with K-Pop icons, BTS.

The two mega-groups have admired each other for years and the collaboration, according to Chris Martin, was a long time coming.

With the album still a week away, it is unclear whether or not the song with Gomez will get released before or after the album’s release. However, the snippet posted on the band’s Instagram to promote the song has already garnered over 400,000 likes and 6,000 comments from excited fans.

Are you excited for Coldplay and Selena Gomez to collaborate? Let us know in the comments below!