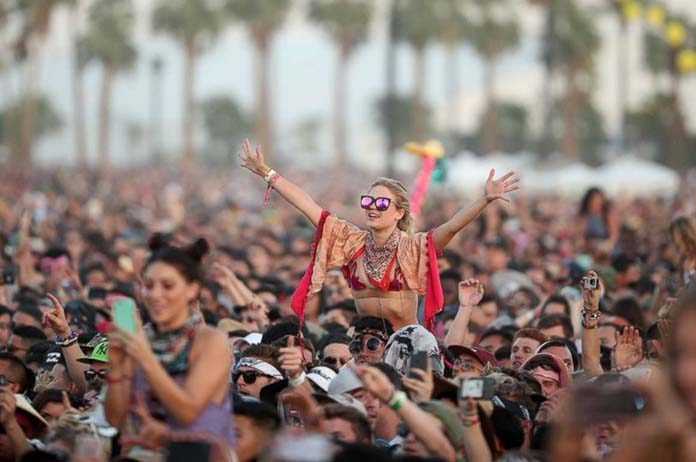 Get excited Coachella goers! The Coachella Valley Music and Arts Festival has announced its 2020 lineup, which includes headliners such as Rage Against the Machine, Travis Scott and Frank Ocean.

The complete list of performers, which includes DaBaby, Lana Del Rey, Lewis Capaldi and Lil Nas X, is now up on the festival’s website.

There is also a special surprise with this year’s headliners. All of them will appear on both weekends of the festival (April 11-April 20).

This year, the festival is adding a twist to their ticketing procedures. They are introducing a pre-sale registration that lets people sign up for first access toward buying weekend two passes.

Those who register now at the festival’s website will receive a pre-sale code, which they can then use during the pre-sale, which begins at 12pm Pacific Time on January 6.

It should be noted that buying passes during the pre-sale does not guarantee the type of pass or packages and camping that the buyer will receive.

People can also purchase their tickets on a payment plan during the festival, paying 50% of the total price during the presale and the rest a month later.

After the presale ends at 3pm Pacific Time on January 6, the general public can buy weekend two passes if any are still available.

While Coachella officially began in 1999, its roots can be traced to 1993, when Pearl Jam played in the same location while boycotting events controlled by Ticketmaster.

Last year, the festival celebrated its 20th anniversary with Childish Gambino, Tame Impala and Ariana Grande as the headliners.

Are you excited for the lineup at this year’s Coachella? Will you be attending? Let us know in the comment section below.