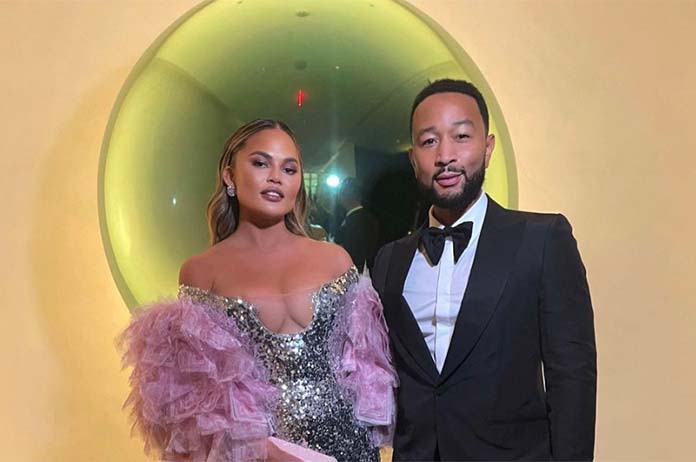 The loss of a child is often a private matter that is dealt by the family behind closed doors. Last year, Chrissy Teigen let the world into her life, more than usual. She broke down barriers and normalised pregnancy loss.

The model, author and mother of two, who is married to singer John Legend, continued to further the taboo discussion of pregnancy loss one year on. This time by discussing how life has not gotten easier.

Teigen and Legend lost their baby boy, Jack, in October of 2020 and Teigen did not shy away from documenting how truly grief stricken her family was.

One year on, Teigen took to social media in the form of an Instagram post to truly encapsulate what grief looks like after losing her baby.

The post on Instagram is a raw/unfiltered image of Legend comforting Teigen following the loss of their son. Teigen is seen crying, all while Legend is holding her in his arms.

The post has garnered over three million likes in one day, with over 37,000 comments from fans and even celebrity friends, such as Gabrielle Union, who commented, “Love U,” while former Twilight star, Ashley Greene, commented, “your vulnerability and strength is admirable.”

Excerpts from the post’s captions detail the true sadness Teigen feels one year on, calling the loss of baby boy Jack her “greatest pain”.

“To the son we almost had, a year ago you gave me the greatest pain I could ever imagine…”

The post’s caption simply ended with Teigen highlighting that the grieving process has not gotten easier and has in fact, gotten harder.

“They told me it would get easier but yeah, that hasn’t started yet. Mom and dad love you forever.”

Two days prior to the one year since Teigen’s loss, she posted a picture on Instagram with a lengthy caption about how society is too conditioned to seeing perfect photos, to which comedian, Heather McDonald, chimed in with a controversial comment.

“These humble brags of ‘this is an unfiltered picture so say whatever mean thing you want so people will actually write nice things since I still actually look great’ is so 3 years ago, Chrissy. You know what is curated, your Twitter,” said McDonald.

Teigen took to her Instagram story to respond, simply stating, “maybe I’m a little sensitive today but fuck off.”

Teigen is currently gearing up for the release of her second book, Cravings: All Together: Recipes to Love: A Cookbook, which according to Amazon will be available on October 26, 2021.

Send your condolences to Teigen and Legend by commenting below.