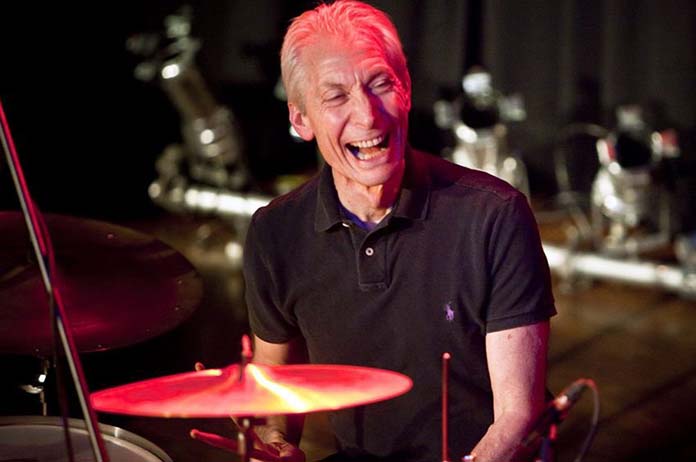 Rolling Stones lead singer Mick Jagger has tweeted a photo of the late Charlie Watts, who had been hitting the drums with the band since 1963.

Jagger followed up with a video featuring stills and footage of Watts to the tune of If You Can’t Rock Me.

The video was also shared by The Rolling Stones’ official page and fellow band member Keith Richards, which ends with a photo of drums with a closed sign hanging off them.

His publicist Bernard Doherty announced the news last week and the post was shared by the popular group on social media.

“It is with immense sadness that we announce the death of our beloved Charlie Watts,” a statement said.

“He passed away peacefully in a London hospital earlier today surrounded by his family.”

The drummer is described as “a cherished husband, father, and grandfather” and “one of the greatest drummers of his generation.”

“We kindly request that the privacy of his family, band members and close friends is respected at this difficult time,” the statement said.

No cause of death was cited but the news came as the band were preparing for their US No Filter tour, which was due to kick off at the end of September.

In early August, Watts abruptly pulled out of the tour after undergoing a medical procedure for an unspecified condition.

“Charlie has had a procedure which was completely successful, but his doctors this week concluded that he now needs proper rest and recuperation,” Watts’ publicist said in a statement just a few weeks ago.

“For once, my timing has been a little off,” Watts joked.

“I am working hard to get fully fit but I have today accepted on the advice of the experts that this will take a while.

“After all the fans’ suffering caused by COVID, I really do not want the many fans who have been holding tickets for this tour to be disappointed by another postponement or cancellation. I have therefore asked my great friend Steve Jordan to stand in for me.”

When Watts pulled out of the tour, Mick Jagger tweeted, “We really look forward to welcoming Charlie back as soon as he is fully recovered.”

“Thank you to our friend Steve Jordan for stepping in, so we can still play all the shows for you this fall,” he said.

Watts was just behind Mick Jagger and Keith Richards as the group’s longest serving and most essential member.

His last concert with the Stones was played in Miami on August 30, 2019, but Watts did feature during last April’s One World Together all-star live stream at the beginning of the pandemic.

The drummer last toured Australia with The Rolling Stones in 2014 when he was 73 years old.

Send your condolences to Watt’s family and friends by commenting below.