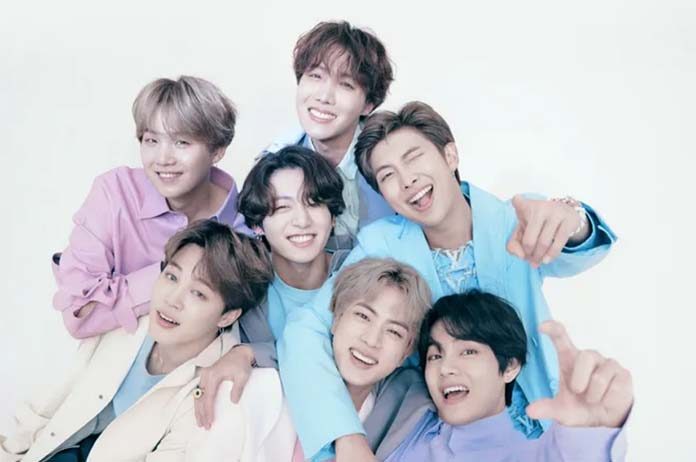 Get ready K-pop fans! BTS are bringing out a new single.

The Korean septet’s newest English-language single, Butter, will be released on May 21.

Following 2020’s mega-hit Dynamite, Butter is described as a “dance-pop track brimming with the smooth yet charismatic charm of BTS.”

It is currently unknown whether the single will be standalone or part of an upcoming album or EP.

Dynamite shot BTS to fame as the first Asian act ever to debut at the Number One spot on the Billboard Hot 100 chart in the US, with a debut sales week that outsold every track released in the last three years.

As well as this, it broke multiple streaming records on Spotify, Apple Music and YouTube, and earned the group their highest-charting single in the UK, where it debuted as Number Three.

BTS also had the prestige of being the first K-pop group to receive a Grammy nomination, despite ultimately losing to Lady Gaga and Ariana Grande’s collaboration Rain on Me.

The group – which consists of RM, Jin, Jimin, J-Hope, Jungkook, V and Suga – has not let the loss get them down, however. They consider not winning a “driving force” to gaining one of those gold-plated gramophones in the future.

“Not winning somehow refreshed me. I think it will be a driving force for becoming better,” V said.

“We didn’t get an award this year. But we want to be active as singers for a long time, it’s difficult of course, but perhaps next year, or the year after or before the end of our career, we want to get a Grammy,” Suga added.

Are a fan of BTS and excited for their newest single? Let us know by commenting below.