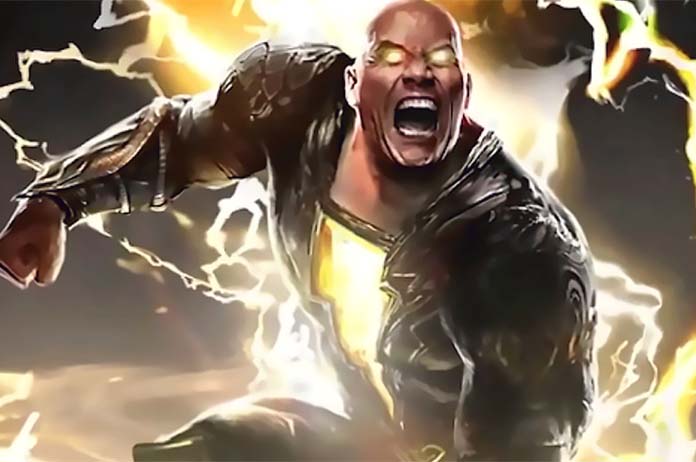 Former professional wrestler turned box office star, Dwayne Johnson, has grossed over $10 billion in the worldwide box office since his film/acting career began in 1999, making him one of the most sought-after actors in cinema history.

Many fans have wondered why the Jumanji: Welcome to the Jungle actor has not been contacted by Marvel or DC to star as one of their much beloved superheroes, or even one of their iconic villains.

Rewind back to 2014, the year in which Johnson was linked to 2019’s critically acclaimed Shazam!. He was cast in the role of the villain Black Adam, only for producers to change their mind in 2017 and opt for Johnson to have his own feature length film with director of The Shallows and Orphan, Jaume Collet-Serra, in the director’s chair.

The Rock’s social media presence is unparalleled, with over 270 million followers on Instagram. Studio executives have a far better chance of breaking the internet with one post from Johnson than they do with a carefully orchestrated marketing and advertising campaign.

It seems that Warner Bros. and DC Films understood the assignment and allowed Johnson to post the first-look trailer for Black Adam on his Instagram page, with the video post garnering over seven million views, 1.3 million likes and over 12,000 comments.

The four-minute video gave fans some insight into the main cast:

The cast talks about the magnitude of the Black Adam production, with Brosnan claiming that doing James Bond for four films over 10 years did not compare to the production of this film.

“Having done James Bond for 10 years, four films, nothing compares to this,” said Brosnan.

The video culminates with Dwayne Johnson discussing how the film is his passion project, which as stated, has been in development for just over seven years.

The small teaser from the film shows the true power of Black Adam, simply catching a bullet and floating above the human attackers, letting them know they are literally beneath the magnitude of his power.

Fast and Furious co-star and rapper Ludacris simply commented four fire emojis. Fitness guru Senada Greca, the mind behind Crush It by Senada, also chimed in commenting, “so excited for this.”

One of The Rock’s biggest fans and MMA/UFC superstar, who was crowned the Baddest Motherf**ker aka The BMF Champion by The Rock, commented, “Yesssss.”

Are you excited to see Dwayne Johnson as Black Adam? Let us know in the comments below.