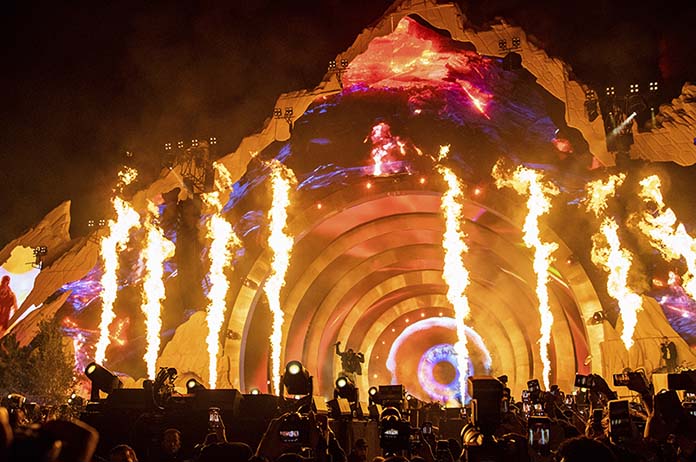 The Astroworld Festival came into existence in November of 2018 as a means of promoting American rapper, Travis Scott’s third studio album Astroworld, and celebrating in his hometown of Houston, Texas, at NRG Park.

Astroworld became an annual event with a festival taking place again in 2019. However, 2020 was cancelled due to the COVID-19 pandemic.

The Mayor of Houston, Sylvester Turner, has been an advocate of the the annual event, naming November 18, Astroworld Day, in Houston, honouring Travis Scott for generating vast amounts of income for his hometown.

The 2021 festival for the first time in its history was scheduled for two days and was set to take place across the first weekend of November, with the two-day festival acting as an apology to fans who were not able to come last year, due to the cancellation of the festival.

Unfortunately, Day One of the festival proved to be one of the darkest days in music history when a crowd rush occurred and killed eight festival goers, aged between 14 and 27.

Of the 50,000 attendees of Day One of Astroworld, 300 were treated at a field hospital on the day, while 13 remained in hospital to be treated overnight.

The cause of death for the eight individuals is still unknown. According to medical examiners, the crucial information will not be made available for several weeks, said Michele Arnold, spokesperson for the Harris County Institute of Forensic Science.

Countless lawsuits have been placed against the company in charge of organising the festival, Live Nation, forcing them to delay the release of tickets to future events.

Travis Scott took to social media to send his thoughts and prayers to the families and expressed his sorrow to those impacted by what took place over the weekend, and stated that his team and him were working to identify the families of those who died.

Disturbing revelations have come from Houston Police Chief, Troy Finner, who said that needle spiking may be the cause of death for the eight festival goers. Needle spiking is the act of pricking someone without their consent with an unknown substance.

Chief Finner said in a press conference that a security guard working at Astroworld detailed his needle spiking experience, stating that he was restraining someone and felt a prick on his neck and then began to lose consciousness.

Fellow rapper and label mate, Kanye West, who signed Scott to his label GOOD Music, did a special Sunday Service show to pay his respects to those who died at Astroworld.

The city of Houston has not released a statement yet on whether or not Astroworld will return in 2022. However, Live Nation did offer refunds to all 50,000 attendees for both Day One and Two.