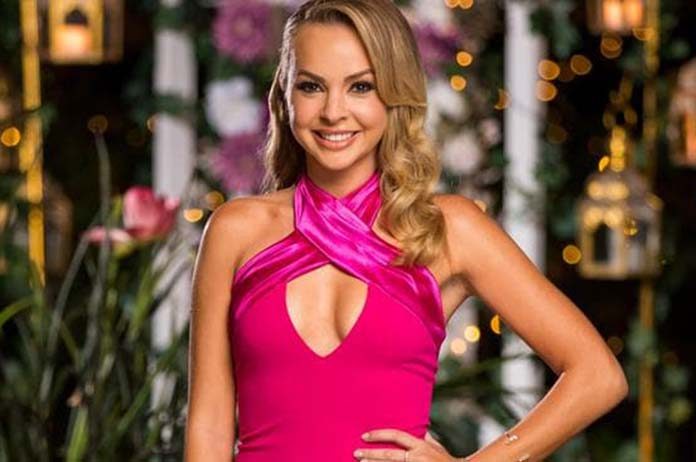 Angie Kent is set to star in a new Australian horror movie.

The former Bachelorette has shared exciting details about her role in the upcoming film, The Possessed, with her fans.

It will be shot in Queensland.

This is the reality star’s first feature film.

In an interview with Sarah Harris and Tristan MacManus on Studio 10, Kent explained that she had to audition via video link because of COVID.

“I thought, you know what I’m going to give it a red hot go, I probably won’t get it. I sat in the back of my car looking like I was in a dark, dingy set-up. I had my laptop and I made myself all scruffy, like old school Angie,” she said.

She told the hosts that she had to act really frightened and that it was something she had never done before.

“You know what, why not? Life’s for living, I love a good adventure.”

Kent announced the movie news by sharing the Studio 10 clip on Instagram.

“I’m absolutely pinching myself that I get to work with such amazing Aussie talent in @christpherleesun latest feature film coming out in 2021, The Possessed! We start filming next month on the Gold Coast! Watch this space … S***s about to get scary up in here. Get ya sage out and start praying,” she wrote.