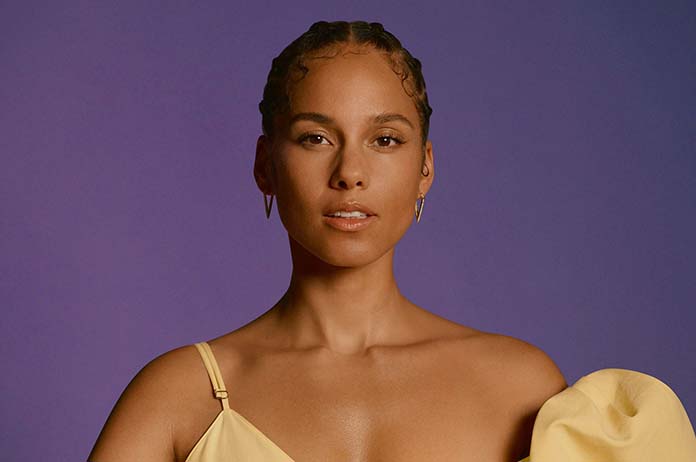 Great news for Alicia Keys fans! The Truth Without Love singer has recently announced that she has released new music.

Making the announcement via her social media, Keys showed off her new album, La La, and its cover art. The album is a collaboration with Swae Lee.

The theme of the artwork seemed to be the Midas touch, featuring a beautiful profile shot of Keys with her hair slicked back into a modest bun, while wearing larger-than-life gold jewelry. She wore oversized bamboo hoops adorned with the word “Queen,” and several stacked, oversized gold chains were hanging around her neck. Even the tips of her fingers are painted gold.

The singer-songwriter’s fans may also have gotten a sneak preview of the title track on her TikTok two days before the announcement. The TikTok video appears to have a snippet of Lee’s verse for the song in the background.

What do you think of Alicia Keys’ new album? Let us know by commenting below.