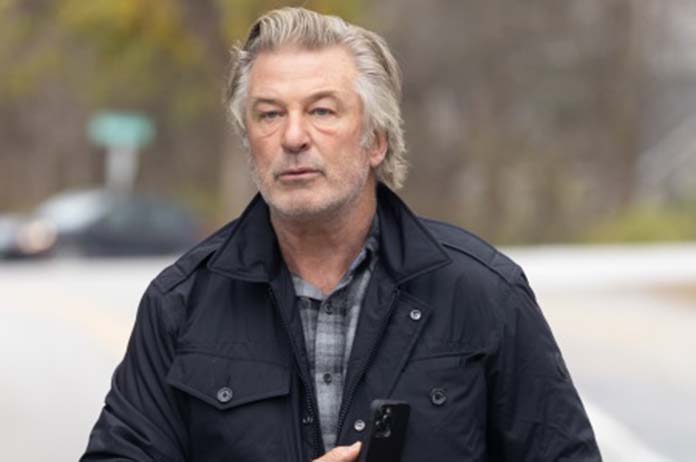 Alec Baldwin is asking for police officers to be present on movie sets.

The actors request comes after he discharged a weapon on the set of the film Rust and killed cinematographer Halyna Hutchins.

“Every film/TV set that uses guns, fake or otherwise, should have a police officer on set, hired by the production, to specifically monitor weapons safety,” he wrote on Instagram.

Lane Luper, a first camera assistant who resigned the day before Hutchins was killed, has spoken about concerns he had over relaxed Covid-19 policies, a housing situation requiring crew members to drive long distances and a lack of gun safety on set.

A Santa Fe County Sheriff’s Office filed an affidavit stating that armorer Hannah Gutierrez had set up three prop guns in a gray cart before the shooting, and assistant director Dave Halls handed a weapon to Baldwin and yelled “Cold gun!”

The term cold gun is used in the industry to indicate that it did not contain a live round and, according to the affidavit, he was mistaken.

Santa Fe County Sheriff Adan Mendoza has said that a ‘lead projectile’ had been recovered from director Souza’s shoulder and authorities need to determine how a live round wound up in the .45 Long Colt revolver that Baldwin discharged.

The Sheriff’s Office is investigating the incident and no charges have yet been filed.