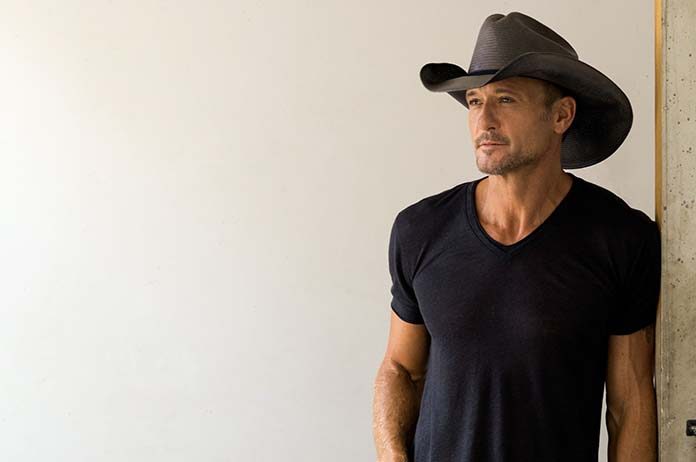 McGraw will perform at the hugely popular weekend destination, Hope Estate in the Hunter Valley on Friday October 4 and Melbourne’s Rod Laver Arena on Sunday October 6.

“I have always enjoyed playing for Australian audiences, who are some of the loudest and most loyal music fans in the world,” McGraw said.

“It’s been too long since I’ve been there, and I look forward to seeing you at these special concerts, bringing my full show to fans in the Hunter Valley and Melbourne.”

McGraw is the world’s most played country music artist and has sold more than 50 million records and dominated the charts with 43 worldwide #1 singles since his debut in 1992.

Joining these headline shows as a special guest will be the popular American country music group, Midland, on their first ever Australian tour.

Their critically acclaimed freshman album, On the Rocks, features 13 tracks with song writing credits from each member, alongside hitmakers Shane McAnally and Josh Osborne.

Their debut No. 1 single Drinkin’ Problem, which offers an intentional nod to country music reminiscent of the 1970s and 80s, earned the band their first Grammy Award nominations for Best Country Song and Best Country Duo/Group Performance.

McGraw’s other guest performer on the bill is seven-time Golden Guitar winner and back-to-back CMC Male Artist of the Year winner Travis Collins.

McGraw will also headline the inaugural C2C Australia festival, where he will be joined by chart-topping, singer-songwriter Kelsea Ballerini (USA), Midland (USA), Drake White & The Big Fire (USA), Australia’s own The McClymonts, Travis Collins, Andrew Swift and more to be announced.

Are you excited to see Tim McGraw perform at Hope Estate or Rod Laver Arena? Let us know by commenting below.