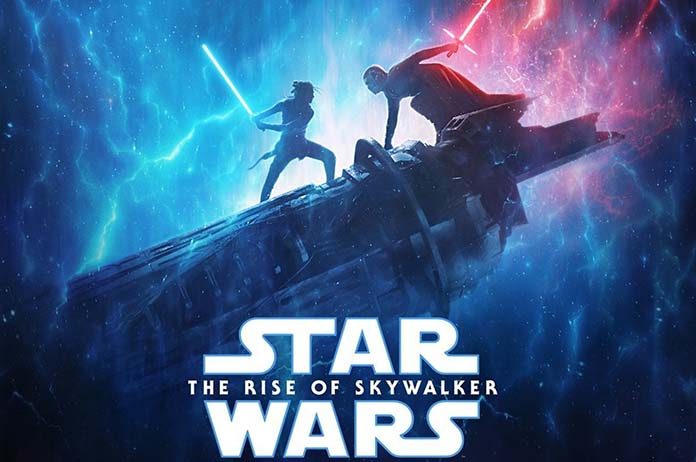 Disney have just released the full trailer for Star Wars: The Rise of Skywalker.

Rise of Skywalker is the final chapter of the nine-part Skywalker saga that began in 1977 and the third instalment of the sequel trilogy.

The two-minute trailer shows scenes of Rey and Kylo Ren fighting among a montage of epic cinematography. A voiceover hints the pair will band together despite being on opposite sides of The Force.

“Long have I waited, and now, your coming together is your undoing.”

Fans are suspecting that the voice is Emperor Palpatine, who was thought to be dead at the end of the 1983 movie Return of the Jedi. His voice has been used in previous trailers.

The trailer ends with a close up of Rey gripping her lightsaber, with Luke whispering, “The Force will be with you,” and Leia saying, “always.”

The 155-minute-long film is directed by JJ Abrams and produced by Lucasfilm.

“The fact that I’m involved in any capacity is only because of that peculiar aspect of the Star Wars mythology in that, as a Jedi, you’re allowed to come back and make a curtain call as a force ghost,” he said.

The Rise of Skywalker will be in cinemas on December 20.

Are you excited? Let us know by commenting below.