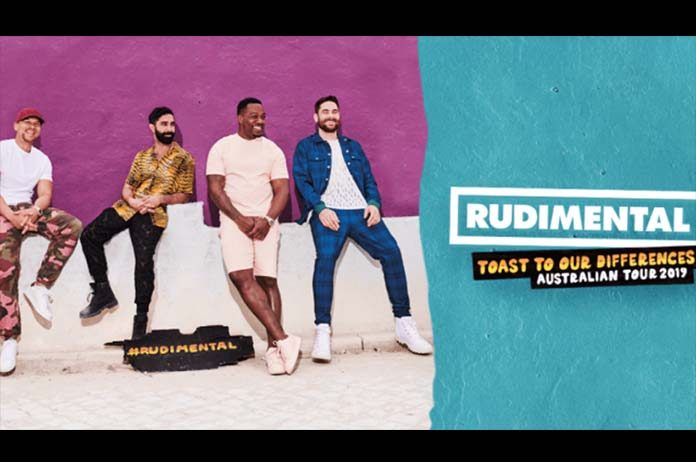 British band Rudimental are hitting our shores in February 2019.

The band has announced that they’re returning to Australia in 2019 to tour their upcoming album Toast To Our Differences, which drops on January 25.

During their Australian tour, the group will be heading to Adelaide, Mt. Gambier, Perth, Melbourne, Darwin, Sydney and Brisbane.

Leon “DJ Locksmith” Rolle performed at Snowtunes Festival in the Snowy Mountains earlier this year, but the last time the group toured Australia was back in 2016.

“We can’t wait to come out to Australia again,” said Piers Agget.

“It feels like our second home. We’re gonna be playing the new album and touring with new singers and bringing a new spin on that Rudimental vibe.”

The band’s 2018 single These Days featuring Jess Glynne, Macklemore and Dan Caplen has more than 2.4 million sales worldwide and has been certified 3x platinum in Australia. Their latest single Let Me Live with Major Lazer featuring Anne-Marie and Mr. Eazi peaked at number 77 on the ARIA Charts.

Tickets for their 2019 Australian tour go on sale on October 5 at 12pm via Ticketek.