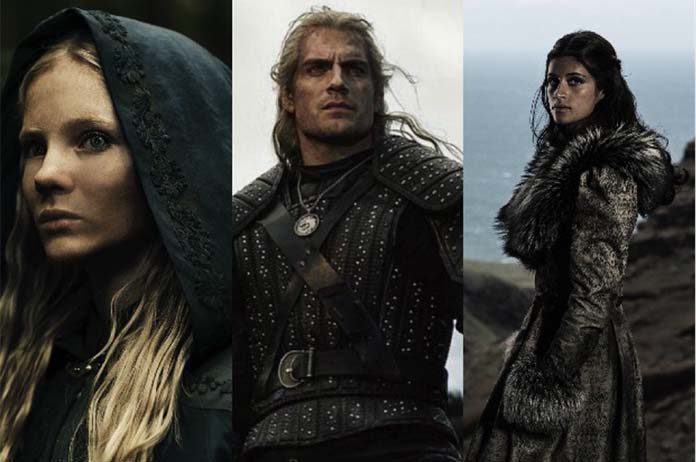 Monsters, sorcerers and princesses. Oh my!

I was excited when I heard that Netflix was working on a Witcher TV series. I really enjoyed playing the game. Only the third one admittedly. For those of you who aren’t familiar, a witcher is a monster hunter mutated by chemicals, potions and magic.

The game is filled with a lot of dark fantasy or ‘fairy tale Grimm’ short stories that often have bittersweet ends that feel plausible, earned; giving the decisions and actions building up to it weight.

The graphics, lore and world building in the game is great, and with Witcher 3 Wild Hunt being the game at the moment, the Netflix series had an enormous task of handling a lot of expectations and thoughts about the world already. But I have to say for the most part, I felt like they came through. As a girl, I also really enjoyed seeing all those strong women in the show kick ass in the games.

Now the creators of the series have based the series on the books (particularly a collection of short stories) instead of the game, but as I was guessing that a lot of people flocking to the series would be fans of the games, I also wanted to give some input through my background as a gamer.

The show opens with monster hunting as the title of the series ‘witcher’ promises, as well as spirited Slavic folk music that has a shrieking quality to it like a few of the songs in the games.

The main story follows a famed witcher named Geralt, a notorious but powerful sorcerer Yennefer and a princess with powers, Ciri. In the books, it’s told through Geralt’s eyes but here the three separate stories unfurl all at once, in a kind of Game of Thrones structure.

The cinematic style is dark, broody and slick, with a definite theatrical feature film feel to it, from start to finish.

Geralt’s stories are mainly monster hunting and are kind of episodic in a kind of ‘monster of the week’ way. Henry Cavill as Geralt is almost exactly how I’d expect the main Witcher character to be.  He is honourable and a bit of a softie under his hard-black leather armor, long stretches of silences and contemplative ‘hms’. I think it lends to the story quite well, and his more neutral stance makes it easier to appreciate the conflicts that rise up in the show between individuals, and later nations.

Yen’s story itself I don’t think was explored too deeply in the books or games, and it’s really thrilling to watch it come to life. I was scared I wouldn’t be able to see Anya Chalotra, with those wide doe eyes as someone as brash, calculating and bold as Yennefer but she pulled it off flawlessly. Yennefer begins her story as a neglected hunchback before getting sold by her stepfather to a witch for less than the pigs he also sells, before she grows in her power and into herself. From her fragility in her youth, and then to a powerful sorcerer, Anya carries that famous Yennefer attitude around quite naturally. Her story is the highlight of the season.

Ciri’s tale is one of a descend in power and gaining an understanding of her power as well as her kingdom, outside of just the stories her grandparents and their officials told.

The fight scenes are great, from war to smaller, more focused combat with slow motion and tight camera angles that capture the action instead of just jostling around catching blurs of it. The viewer is fully aware of everything going on, but on another account, it can be uncomfortable if you get put off by explicit detail.

We didn’t see too much of Triss yet, or at least being in the spotlight but being a ‘team Yen’ fan, I didn’t mind that too much. I kind of just really wished they had put some red in her hair. It was one of those iconic visual things about the character that made her recognizable, like Ciri’s ashen hair, Geralts long hair and yellow eyes and Yen’s black curly locks and purple eyes.

Also, as much as I loved Geralt and Yennefer separately, I felt like I didn’t see enough of them together developing as a couple.

However as much as destiny is a part of the original story, I really hated how greatly they seemed to rely on it. ‘Destiny’ this, ‘destiny’ that. I felt like the writers were trying to jam it down my throat, which I felt like they also sort of did with Geralt’s character. Geralt, who hates portals, and scoffs at a prophecy that popped up earlier in the series, being totally on board with team destiny?

Otherwise, this is a series I could probably watch again because each episode feels whole by itself and I really enjoyed watching this world come to life so vividly.

What are your thoughts on The Witcher? Let us know by commenting below.