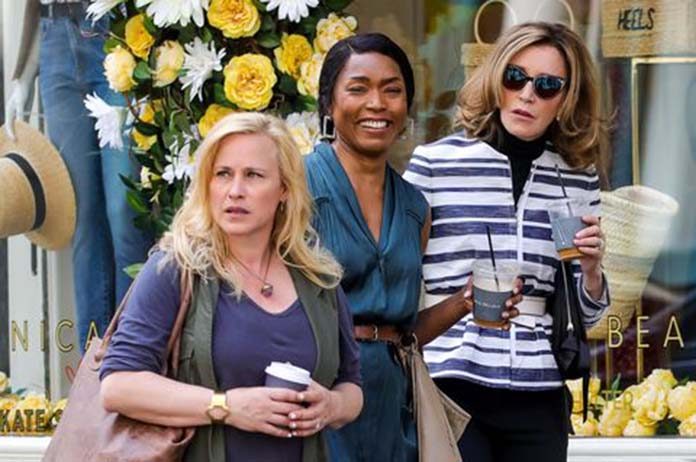 Netflix has recently released a new original film called Otherhood and it is taking the world by storm.

This film follows three mothers, played by Felicity Huffman, Patricia Arquette and Angela Bassett, as they journey to New York City to surprise their adult sons who have forgotten about Mother’s Day.

Felicity Huffman plays Helen Halston, a mother who ‘doesn’t age’ and dreams she was still in her twenties. Her son Paul is an LGBTQI male living in a group house with his boyfriend and some friends, and designs storefronts for a living.

Angela Bassett plays Carol Walker, a mother who spent most of her life caring and looking after her son. She now teaches art twice a week at an assisted living home, is a widow and in her spare time, she likes to draw. Her son Matt is an art director of a magazine that glorifies women, which he doesn’t tell his mother about. Instead, Carol believes he works for a sports magazine instead.

Patricia Arquete plays Gillian Lieberman. A mother who is overbearing, overprotective and dresses like she belongs in the ‘flower power’ era. She is not the biggest fan of her son’s girlfriend and believes he can do much better, until she visits him in New York. Her son Daniel is a writer stuck on the book he’s supposed to be writing due to a complication in his relationship with said girlfriend.

After a brunch together at which all three had at least a little something to drink, the three mothers decide on a whim to surprise their sons in New York and confront them about the commitment they make to Mother’s Day, which is minimal.

None of the mothers want to confront their sons but they realise they have no choice. If they don’t, they will forever be obliged to keep sending themselves flowers and notes on Mother’s Day, which depresses them every time they have to.

After arriving at their sons places, they realise their sons don’t actually want to see them or have to deal with them. The mothers then spend a week trying to fit into their sons’ lives and understand the reason they are the way they are.

About halfway through the film, the mothers decide to scrap spending another night at their sons’ places (to which they feel unwelcome), and choose to go out clubbing instead. After having quite a few drinks, they decide to go for pizza.

By the time the next morning comes around, they are seen extremely hungover in a hotel room. Their sons come knocking on the door as they’ve been out all night and had freaked their sons out as they didn’t let them know anything.

The movie ends after the mothers have a fight to which was caused by the stress of confronting their sons, at the wedding of Daniel and his girlfriend, but they all make up and it’s a happy ending.

With love, laughter and drama, this movie will have you cracking up even in the worst of times. Hilarious lines like: “Make him love you!” and “Motherhood….it’s inhumane emotional waterboarding,” or “Do you know how long it’s been since I’ve had”….. “sex?!” …. “I was gonna say pizza,” will have you falling in love with the characters and their stories.

It was lovely to see the mothers go through a journey of finding themselves now that their sons have grown up and become independent, and now they must do the same.

This is an extremely relatable film, with unexpected characters and unbelievable journeys that anyone, young or old, male or female, can enjoy.

This movie is definitely something I would suggest watching at home during a chill night when all you want to do is relax.

Have you watched Otherhood too? What are your thoughts? Let us know by commenting below.