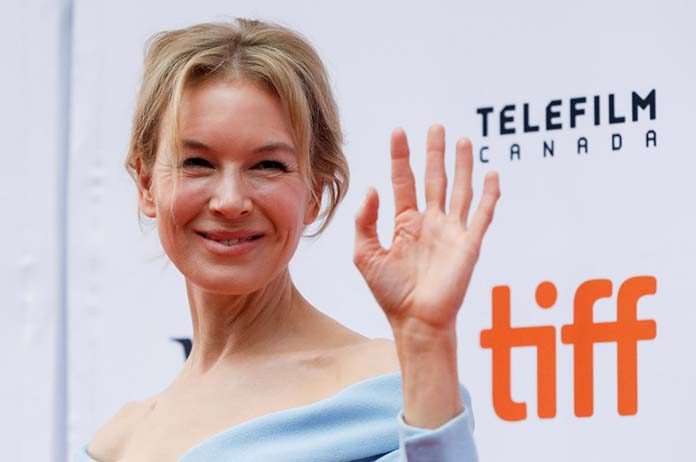 Renee Zellweger has returned to the silver screen and has received two standing ovations after the premiere of her new film Judy at the Toronto International Film Festival.

While standing on stage next to co-stars and director Rupert Goold, she wipes away tears saying to the audience, “OK, Quit! You’re messing up my makeup.”

The actress plays Judy Garland near the end of her life when the famed Wizard of Oz arrived in London for sold-out shows.

This is also where Judy meets and falls hopelessly in love with fifth husband Mickey Deans.

Critics praised and praised Renee and her portrayal of the iconic actress.

“In 15 years at #TIFF I have never seen a standing ovation like the one for Renee Zellweger at Judy. I started this a minute into it and it only stopped because she made us,” a Variety critic tweeted.

Toronto Star reporter also tweeted, “A standing ovation for Judy. Lasted about two minutes and only ended because Renee Zellweger got teary-eyed and requested everyone sit down before she messed up her makeup. #TIFF19.”

A Deadline editor also wrote, “Renee Zellweger is back, baby. She brings the house down in Judy. A towering performance that leaves you with shivers down the spine. #TIFF19”

An Entertainment Weekly writer said, “Renee Zellweger is crying. I’m crying. Everyone is f–ing crying and Judy is a soaring, emotional wallop of a comeback for its star.”

Renee has thrice been nominated for an Oscar, winning one in 2004 for Cold Mountain.

Will you go and see this apparent spectacular performance? Let us know in the comment section below.