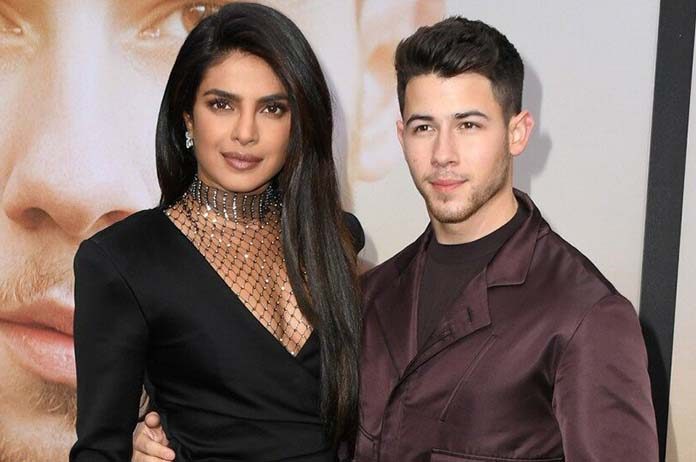 After the Jonas Brothers’ big win at this year’s VMAs, where a photo of Nick being the only one without his partner there went viral, his wife Priyanka Chopra Jonas responded saying she felt bad she missed his big night, and felt she let him down.

“I was sick that day, which is why I couldn’t go to the VMAs. It was supposed to be this fun night where all six of us got together because we never really get to do it that often.”

“We all have very crazy schedules, and now that the boys are on tour, we meet as the six of us. So, this was supposed to be that fun thing. We had dinner planned after, and then I was really unwell. I think Nick felt really bad that he was there and I was unwell.”

Both Joe and Kevin got to share a passionate kiss with their other halves while Nick stood between them alone.

Priyanka then shared a photoshop of herself in the photo to make it seem like she was there supporting her husband.

“I was watching it from my couch at home and when they won, just seeing his face I felt like, ‘Ugh.’ “I should have been there, but I was so sick, and I saw it on his face.”

“That’s the reason why I love technology. It doesn’t matter if I was there or not. The picture makes it look like I was and the internet would believe it.”

She also revealed during her Vogue cover shoot that she and Nick are looking to start a family one day.

“Buying a home and having a baby are on my to-do list. For me, home is wherever I’m happy, as long as I have the people I love around me.”

She also mentioned to InStyle that becoming a family is definitely in the couple’s future, they just want to wait for the right time.

“I want my existence to have meant something. I want my kids to turn around and be like, ‘Yeah, that was my mom.’”

What do you think of Priyanka’s reaction? Did she do right by her husband? Let us know in the comment section below.