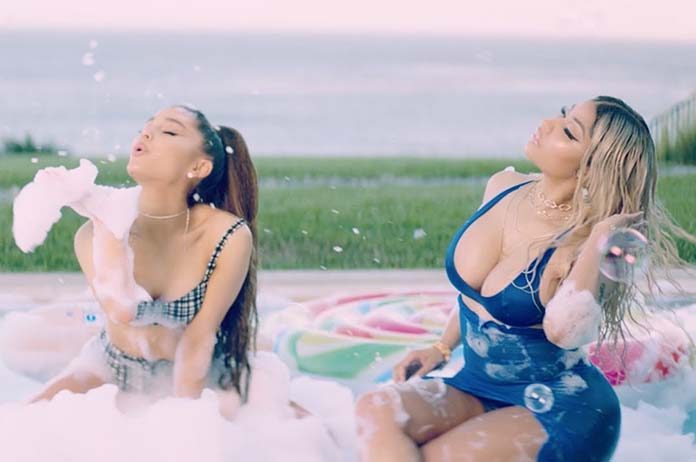 These two have got a bed with your name on it!

Nicki Minaj and Ariana Grande collaborate in yet another song. These two must be hella good friends.

The video dropped on Friday as Minaj and Grande are seen at a beach on a tropical island.

In the music video of Bed, Nicki is seen as a mermaid and in other sultry beachside scenes whereas Ariana is seen in fuzzy lingerie and her signature high ponytail.

This is only one of two music videos for this song. Minaj confirmed on Twitter a few days ago that there will be another music video for the song, but it will be directed by another director and is only a week away.

Even though the song is called ‘Bed,’ we don’t get to see many in the video. Nicki is seen on a bed listening to music and at the end, two guys are seen on different beds where they are then joined by the singer and rapper.

Nicki is seen in the video a lot more then we get to see Ariana. Nicki is seen rolling around on the beachside as a topless mermaid in a one-piece bathing suit by the pool and solo in bed in ‘strawberry lingerie.’

Nicki is also seen wearing a huge necklace with the words ‘QUEEN’ in reference to her upcoming album Queen, set to be released in August. 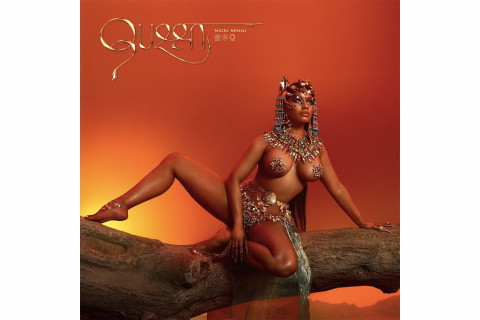 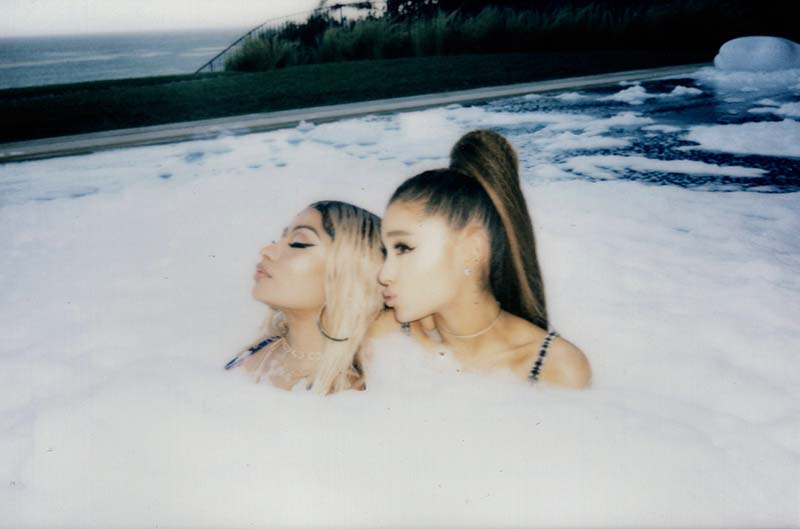