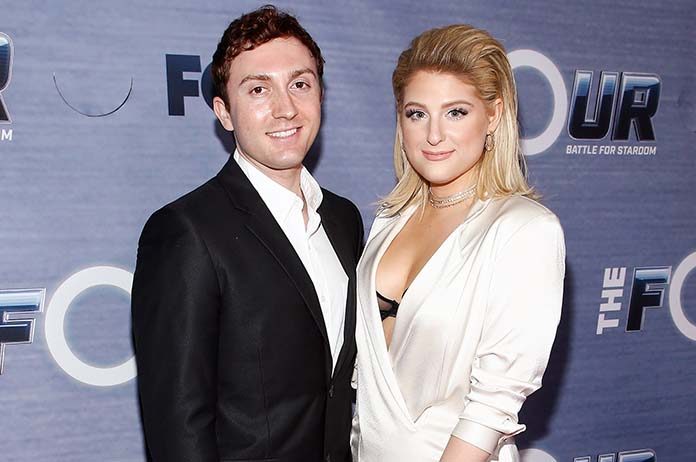 The couple wed in a small private ceremony in their backyard in Los Angeles a year and a day after they got engaged and 100 of the couple’s close friends and family were in attendance.

“It’s the beginning of an awesome, whole new life. I got way more than I ever wished for,” Trainor told People magazine.

I’m a wifey for lifey! Best birthday ever!!!!!! Thank you for everyone who helped make it happen… I Love you forever and always @darylsabara ? @people @bertabridal pic.twitter.com/pqhjgqBiGS

Sabara said that he was “the luckiest guy in the world”, and added that he’s no longer her future husb- hey, that was our joke! (Alluding, of course, to Trainor’s 2015 hit song Dear Future Husband.)

Rather than asking their guests for presents, the pair requested donations to the World Wildlife Federation in their honour.

Trainor and Sabara first met at an LA house party in 2014 and then in 2016, they were set up with each other through their mutual friend Chloë Grace Mortez. Trainor has said that Sabara has really helped her build her self-confidence in ways that she never could before.

Their relationship is said to be the basis for Trainor’s third album Treat Myself, which is due out on January 25, 2019.