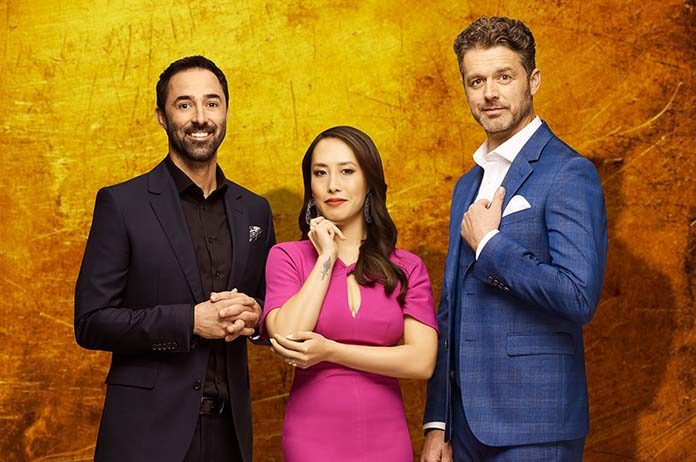 Channel 10 has recently revealed the identity of the new judges of Masterchef Australia and it’s a shocking surprise!

Jock Zonfrillo, Melissa Leong and Andy Allen are the new judges of the popular cooking show and are set to replace George Calombaris, Gary Mehigan and Matt Preston for the 12th season of the iconic show.

After rumours of stars such as Maggie Beer, Curtis Stone and Poh Ling Yeow, the new judges have everyone in shock as they are more on the unknown side.

Jock, in 2018, was named Australia’s Hottest Chef and was the host of shows such as Nomad Chef, Restaurant Revolution and Chef Exchange.

Michelle is a successful food and travel writer, food media consultant, radio broadcaster, TV presenter, MC and cookbook editor, but she was on the same side as us with shock.

“It came as a huge surprise for me, and is, without a doubt the opportunity of a lifetime,” she revealed in a statement.

“I am really looking forward to getting stuck in.”

Andy Allen was the show’s winner in Season Four, and now reactions to the new set of judges has been completely mixed, some positive and some negative. Here are just some of the tweets made by fans of the show:

“I didn’t know who George, Matt and Gary were when MC (MasterChef) started so happy to give the new crew a go.”

“At the risk of sounding like an owl, who, who and who? Masterchef Australia was George, Matt and Gary. Sorry, I’m done as a viewer.”

“Been watching #MasterchefAU from the very beginning. I don’t recognize THESE guys as even ‘guest’ from any of the shows, and if they were there, they are NOT the most notable. Are you guys trying to TANK this series?!!”

This new season will see the return of previous contestants from all 11 seasons, as they compete for the win in MasterChef Australia: Back To Win, which is supposedly being filmed in Melbourne.

It is yet to be revealed who the returning contestants will be but fans will hopefully get a surprise appearance from favourites such as Julie Goodwin, Michael Weldon and Kate Bracks throughout the season.

The new judges will thankfully be joined by celebrity chefs Gordon Ramsay, Heston Blumenthal and Curtis Stone at some point this season.

Network 10 Chief Content Officer Beverley McGarvey has said, “In a nation obsessed with food, we are thrilled to welcome Jock, Melissa and Andy as judges to MasterChef Australia.

“Their combined culinary credentials coupled with their passion and sheer joy for food, and their relentless enthusiasm to explore ingredients, preparation and cooking methods ensures we are in for a real treat.”

Will fans be open to the new faces? TV Tonight editor David Knox said, “To have had the same judges for 11 seasons is pretty extraordinary anyway so a refresh was inevitable at some point.

“Some shows never recover from a cast change and others never look back.”

Fans will just have to wait and see how their true feelings about the new judging panel turn out when the show airs in 2020.

What are your thoughts on this? Are you excited for a change or not? Let us know in the comment section below.