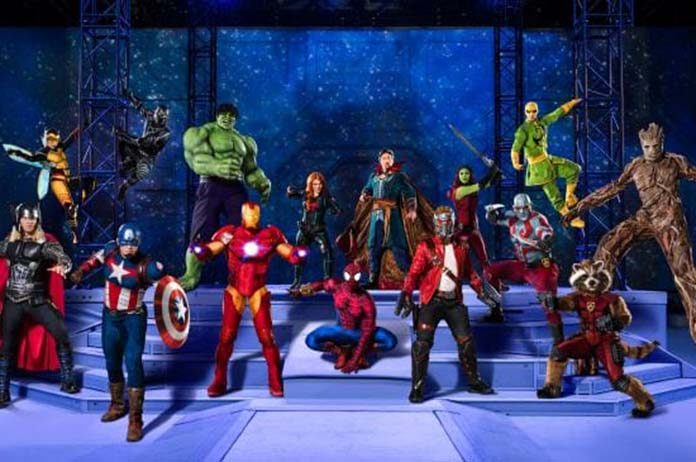 An Marvel arena spectacular will make its Australian debut next year in March and April.

Some of Marvel’s best-loved superheroes including Spider-Man, The Avengers and the Guardians of the Galaxy will join forces in a battle to defend the universe from evil.

“Our tremendously talented creative team and a nearly superhuman cast, have created a show that brings the grandeur of Marvel to life,” said the producer of Marvel Universe LIVE, Juliette Feld.

“We have created an experience that immerses families in non-stop action, movie-style thrills and jaw-dropping stunts that showcase the powers of your favourite super heroes right before your eyes.”

“Spider-Man and Wasp’s dynamic aerial stunts along with Captain America’s daring motorcycle skills will be on display in the ultimate race against time to save mankind.

“Called on by Doctor Strange, the Guardians of the Galaxy join Marvel Universe LIVE! on a momentous crusade against the scheming Nebula, who teams up with the conniving and loathsome villains Loki and Green Goblin. The incredible superhuman forces of Iron Man, Thor, Black Panther, Hulk and Black Widow will unite to pit student against mentor, sister against sister and brother against brother.”

Pre-sale tickets go on sale through Ticketek on Monday August 26.