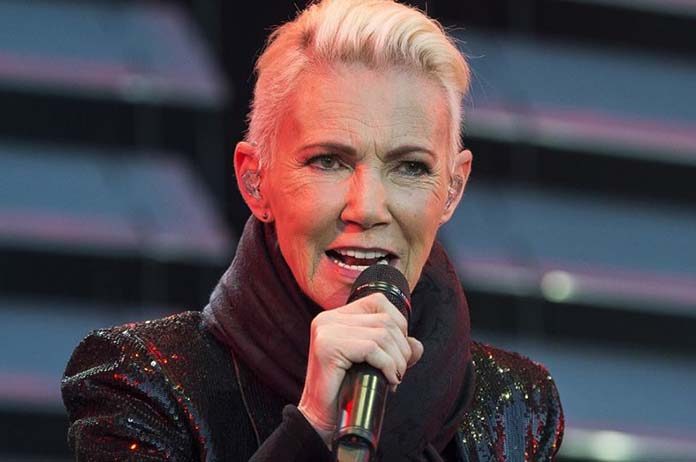 Marie Fredrickson, a member of the popular Swedish duo Roxette, has unfortunately died at the age of 61.

The singer died on Monday morning, after battling a brain tumour for 17 years.

Her management team released a statement announcing the news.

“Marie leaves us a grand musical legacy. Her amazing voice, and her magical live performances will be remembered by all of us who were lucky enough to witness them,” the statement said.

“But we also remember a wonderful person with a huge appetite for life, and a woman with a very big heart who cared for everybody she met.”

Fredriksson is best known for the top rating hits It Must Have Been Love and Listen to Your Heart.

Roxette’s debut single Neverending Love was successful in Sweden in 1986 but they found success internationally three years later with the single The Look from their second album Look Sharp!

They had four Number One singles on Billboard’s Hot 100 chart with The Look, Listen to Your Heart, It Must Have Been Love and Joyride.

In 2002, Fredriksson was diagnosed with a brain tumour and underwent surgery and a long chemotherapy regime. The aggressive treatment took its toll but successful. However, she was left blind in one eye, with limited hearing and mobility, and was unable to read or write.

Over the years, she was able to make a gradual return to the world stage.

Her latest single, Sing Me a Song, was released in May 2018 around the time of her 60th birthday.

Following the death of his friend of more than 40 years, Gessle said things would “never be the same.”

“Thank you, Marie, thanks for everything. You were an outstanding musician, a master of the voice, an amazing performer. Thanks for painting my black and white songs in the most beautiful colours.

The statement said Fredriksson’s funeral would take place “in silence, with only Marie’s closest family present.”

She is survived by her husband Mikael Bolyos and two children, Josefin and Osca.

Send your condolences to Fredriksson’s family and friends by commenting below.