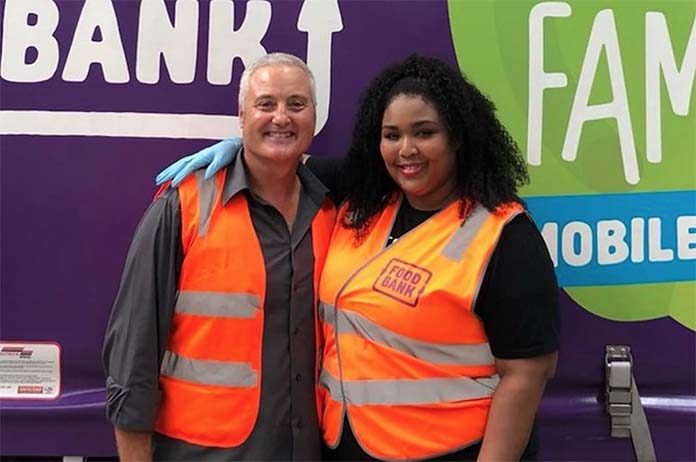 Yet another celebrity has taken time to help out in the ongoing bushfire crisis in Australia, with musician Lizzo taking a pause from her current Australian tour to lend a helping hand.

The 31-year-old Good As Hell hitmaker spent time volunteering at Melbourne’s Foodbank on Wednesday, helping package food hampers for those who’ve been affected by the devastating fires.

To honour the singer and encourage her fans to get involved, the organisation has set up a page on its website where fans can learn how to make a difference during bushfire season.

The fires, which have been burning since late 2019, have had a devastating effect: the death toll currently stands at 25, 10.3 million hectares of land has been burnt, one billion animals are feared to have perished, thousands of people have been evacuated from holiday beaches and more than 1,900 homes have been destroyed.

The smoke from the fires has grown so thick that it has spread to South America.

Other celebrities and public figures have dug deep for bushfire relief, including Elton John and Chris Hemsworth who have each donated $1 million; media billionaire James Packer ($5 million), singer Pink ($500,000) and comedian Celeste Barber, who helped raise over $40 million during her campaign.

What do you think of Lizzo taking time out from her gigs to help with bushfire relief? Let us know in the comment section below.