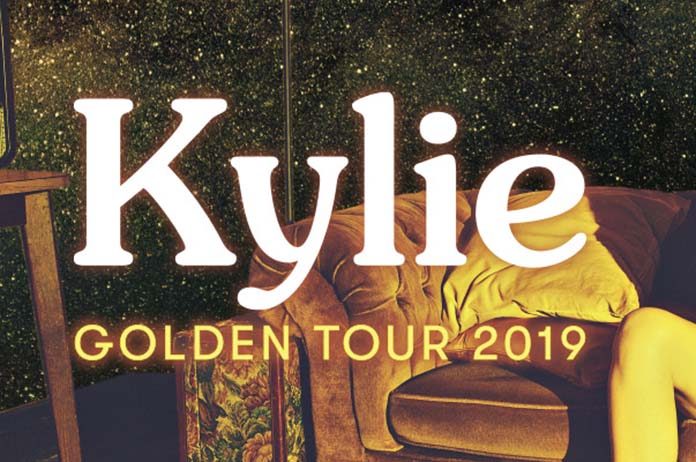 Australian music icon Kylie Minogue has announced her 2019 Australian Tour. The last time the 50-year-old toured Australia was back in 2015 during her Kiss Me Once Tour.

Minogue will bring her Golden Tour down under, doing arena and outdoor shows, in March. She’ll be performing in Adelaide, Sydney, Hunter Valley, Perth and Mt. Cotton.

The tour follows the release of her latest alum Golden, which was recorded in Nashville.

The Australian icon’s tour organisers have said that the upcoming tour will create “a narrative connecting all Kylie’s hits into one glorious story.”

Supporting Kylie on her Australian Tour will be Scissor Sisters’ front man Jake Shears, who released his self-titled debut album in early August. Kylie’s outdoor ‘A Day On The Green’ shows will be supported by Brisbane singer Hatchie. All other support acts are yet to be announced.

Frontier Touring pre-sale begins at 12pm (AEDT) on Tuesday November 13, 2018. Tickets on sale to general public at 2pm local time on Monday November 19, 2018 via Ticketek, Ticketmaster and A Day On The Green.