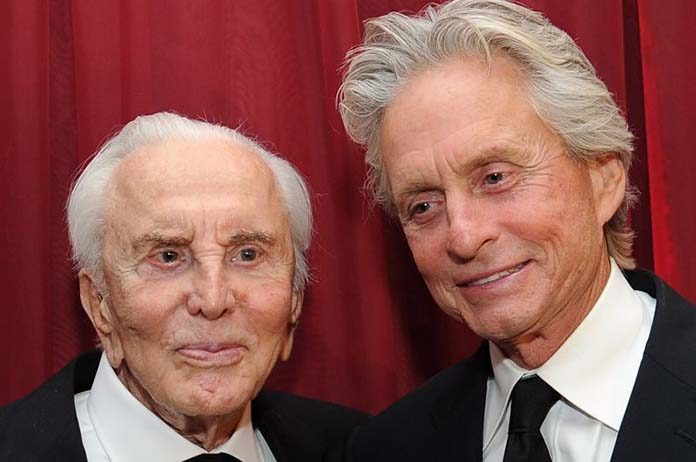 Known for his muscular physique and his starring role in classic films such as Spartacus, Lust for Life and many others, Douglas, who lived to the ripe age of 103, passed away on February 5.

As well as this, he was known for helping to fatally weaken the Hollywood blacklist against suspected Communists.

“It is with tremendous sadness that my brothers and I announce that Kirk Douglas left us today at the age of 103,” his son, renowned actor Michael Douglas said in a statement on his Instagram account.

“To the world, he was a legend, an actor from the golden age of movies who lived well into his golden years, a humanitarian whose commitment to justice and the causes he believed in [setting] a standard for all of us to aspire to.”

Douglas’ life reads like a true Hollywood success story; born Issur Danielovitch, the son of illiterate Russian immigrants, he changed his name to Kirk Douglas before enlisting in the US Navy during the Second World War.

He then went on to become one of the top stars of the 20th century and appear in more than 80 films. His roles ranged from legendary gunslinger Doc Holliday in Gunfight at the O.K. Corral to Renaissance artist Vincent van Gogh in Lust for Life.

He worked with some of Hollywood’s greatest directors, from Vincente Minnelli and Billy Wilder to Stanley Kubrick and Elia Kazan. His career began at the peak of the studios’ power, more than 70 years ago, and ended in a more diverse, decentralized era that he helped bring about.

Despite being nominated three times, Douglas never won an Oscar for an individual film; however, the Academy decided to award him an honourary Oscar in 1996 for his many contributions to the film industry. He also won a Presidential Medal of Freedom and a lifetime achievement award from the American Film Institute.

As well as his many works in film, television and stage, Douglas was one of Hollywood’s most well-known philanthropists. The Douglas Foundation, which he and second wife Anne Douglas co-founded, has donated millions to a wide range of institutions, from the Children’s Hospital Los Angeles to the Motion Picture & Television Fund.

Vale Kirk Douglas, one of the last true Hollywood legends.

Send your condolences to Douglas’ family and friends by commenting below.