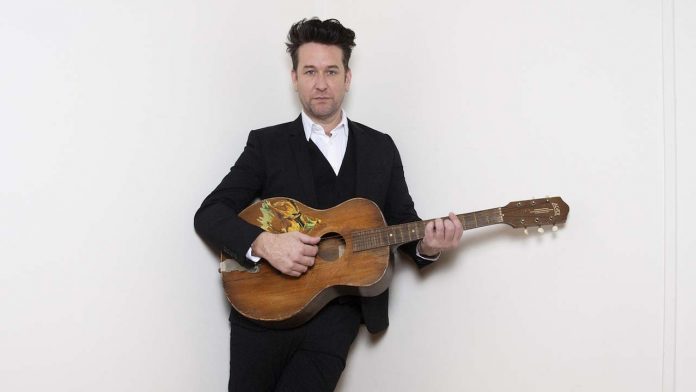 Temperley recently released his first ever solo single called Pollyanna. The song premiered exclusively on Music Feed and the moody and uplifting song has a very deep and personal meaning.

“A friend once told me that our happiness is always relative, whether we live in a war zone or paradise – our happiness always swings back to the same place,” Temperley explains.

“I had just lost my marriage and the band had decided to take a break, all of these things that defined me were now no longer around. It was one of the first times in my life I felt like a stranger just rolling along, but I realised that amongst all of this I was a Pollyanna, someone despite the bad news always looks on the bright side. This was a song I was singing to myself to remember to stay light.”

This is the first track from Temperley’s debut solo album All Your Devotion, which is set to be released on September 28.

The album has been described as “a collection of ruminating, thoughtful, and affecting songs from one of this country’s greatest talents,” and it was produced by Pip Norman and John Castle.

To celebrate the release of the album, Temperley is set to tour from October to November.

“(For the All Your Devotion tour,) it’s just going to be me with an acoustic guitar and kick drum strapped to my back.

“I want these shows to be raw and real, so people feel like they’ve been there right next to me through the writing of this record.”

Temperley is also set to tour with Eskimo Joe at the Under The Southern Stars Festival in 2019.