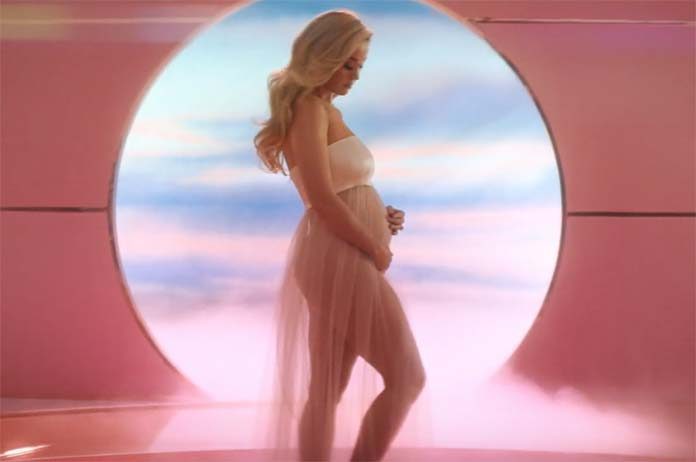 Katy Perry is pregnant….and has announced it in a very unique way!

The video sees her cradling her baby bump while wearing a white dress.

“See us in 60 years with a full family tree,” she sings in one of the verses.

Perry was apparently very nervous about revealing her pregnancy. She tweeted, “Love u guys so much…Was a bit nervous about sharing something so personal like the song n the bump [and I have] never gotten this much love n support, it’s overwhelmingly lovely. Thank u. #NeverWornWhite #babycat.”

She also wrote, “Omg so glad I don’t have to suck it in anymore…Or carry around a big purse lol.”

Perry and her partner Orlando Bloom got engaged on Valentine’s Day. This will be the second marriage for them both.

Perry and Bloom started dating in 2016 and reportedly split 10 months later before reuniting in early 2018.